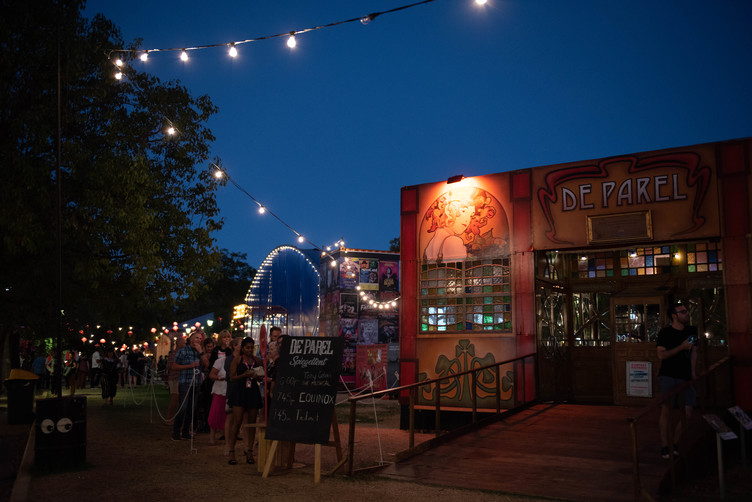 FRINGE WORLD Festival has celebrated its Principal Supporter Lotterywest through announcing naming rights to its most cherished Spiegeltent in addition to a new creative development program.

Purchased in 2011 thanks to a grant by Lotterywest, the Festival’s oldest Spiegeltent will be renamed as Lotterywest De Parel Spiegeltent and in 2020 features a program of musicals, theatre, children’s events and circus including the premiere of the joyous circus show Casting Off and a loud, raucous, piece of storytelling and music in THE GODS THE GODS THE GODS.

Sharing creative ideas is at the heart of everything that the Festival does and FRINGE WORLD R&D Supported by Lotterywest is one new way that capacity building is supported in the Western Australia artistic community.

Sharon Burgess CEO of ARTRAGE, the presenter of FRINGE WORLD, said that Lotterywest has supported FRINGE WORLD with more than $8.6 million since 2011, including a grant of $900,000 for support of the 2020 Festival.

“We love Lotterywest, and we know that every time you play a Lotterywest game, WA, FRINGE WORLD and our artists win,” Ms Burgess said.

“WA is so fortunate to have Lotterywest and we are excited to share the story of Lotterywest to our huge audience through naming rights to these two important elements of the Festival.”

“FRINGE WORLD provides a unique opportunity for a diverse range of local artists to showcase their talents,” Ms Hunt said.

“It also offers the WA community a unique way of experiencing the arts, bringing people together to share in the joy of connection and participation.”

The full FRINGE WORLD Festival 2020 program, tickets, gift vouchers and general information on all things Fringe can be found at fringeworld.com.au

FRINGE WORLD gratefully recognises the support of its partners including: Principal Supporter: Lotterywest; Government Partners: the Department of Local Government, Sport and Cultural Industries; the City of Perth and Tourism WA; and Principal Partners: Woodside; and Gage Roads Brewing Co.