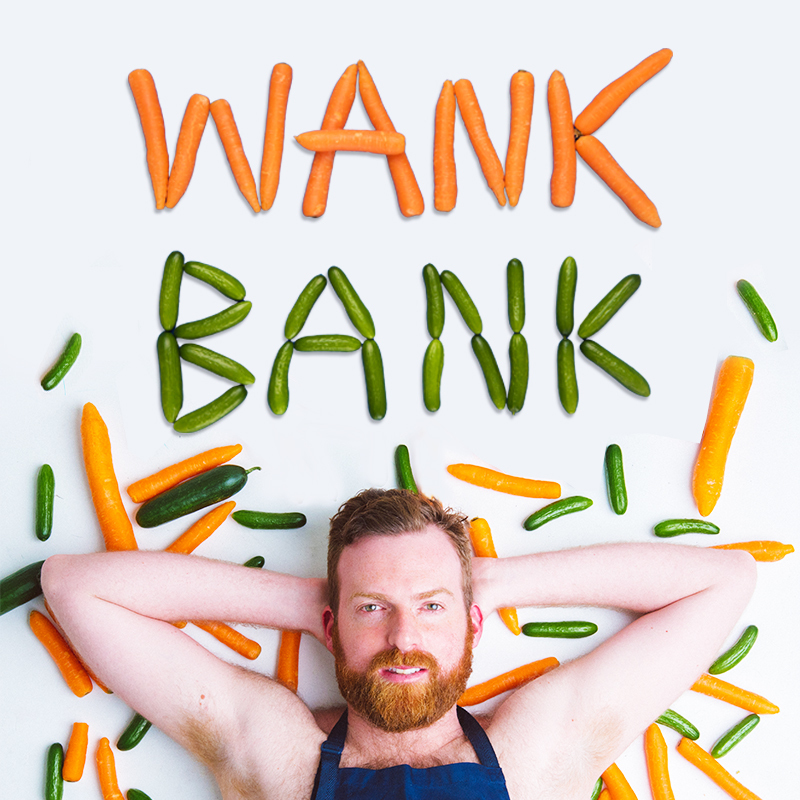 The Australian artist who created an art book from his happy ending massages in New York City brings you an informative, interactive and playful masterclass of original techniques to perfect the art of handling your partner's member (or even your own). Enjoy waves of adolescent laughter and be prepared to end up in a hilarious circle jerk with carrots and cucumbers.

Adam Seymour's, aka Rural Ranga's, artistic career spans visual and performance art. After exhibiting in NYC at MoMA PS1 he decided to create the award-winning and critically acclaimed Wank Bank Masterclass, which has been performed in London, Los Angeles, NYC, Edinburgh Fringe and all states of Australia.

Seymour is recognised for his uniquely playful approach, exploring themes of sex, humour and satire with his dynamic personality.

He uses visual art as an effective medium to demonstrate his fascination with human behavior and psychology. In his spare time he works freelance in illustration, painting, performance and printmaking.

His most recent work was a collaboration with his cousin Strawberry Siren with the award nominated show Pussy Play Masterclass.

The Casa Mondo session on Wednesday 13 February will be translated by an Auslan Interpreter.