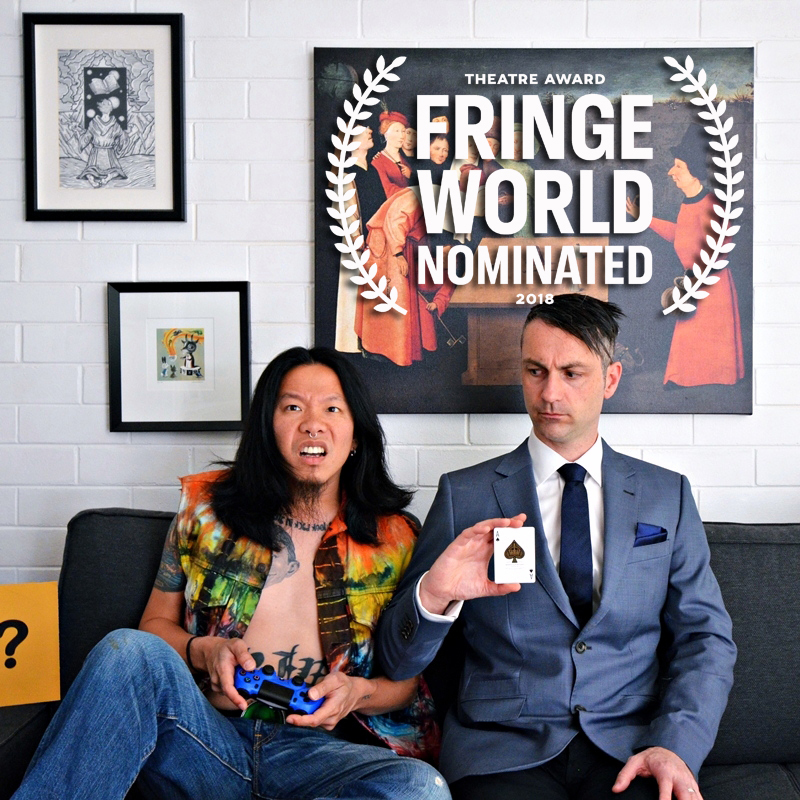 After a successful debut at FRINGE WORLD 2018 with an award nomination in theatre, Paul James and the Enigmatic Eccentric, Entertainer Extraordinaire Jon Madd are back with Straight and Laced! A buddy cop magic show, kinda like Rush Hour meets Penn & Teller's Fool Us, except they're both Penn & Teller, & the white guy magician is Jackie Chan & the Asian magician dude is Chris Tucker? We're not quite sure if this is a comedy disguised as a magic show, or a magic show disguised as comedy, but if you're a fan of either or both, then this show is definitely for you! Don't let the review quote fool you into thinking that anything was planned...

Two of Holey Moley's favorite resident magicians, the Enigmatic Eccentric Jon Madd, and the super suave Paul James, team up to form a dynamic duo. Having first met half a decade ago, and both later becoming sworn members of the Western Australian Society of Magicians together, they bonded like Tango and Cash, or Starsky and Hutch, or like Martin Lawrence and Will Smith as Marcus and Mike in Bad Boys, or the classic Mel Gibson & Danny Glover in whichever Lethal Weapon was your favorite (the original one obviously, duh). The point is, this buddy cop magical comedy team is a sure-fire recipe for success, and a FRINGE WORLD award nomination in 2018 for their first collaborative effort together is the proof, and they're gonna run the show one more time before bringing out the sequel!