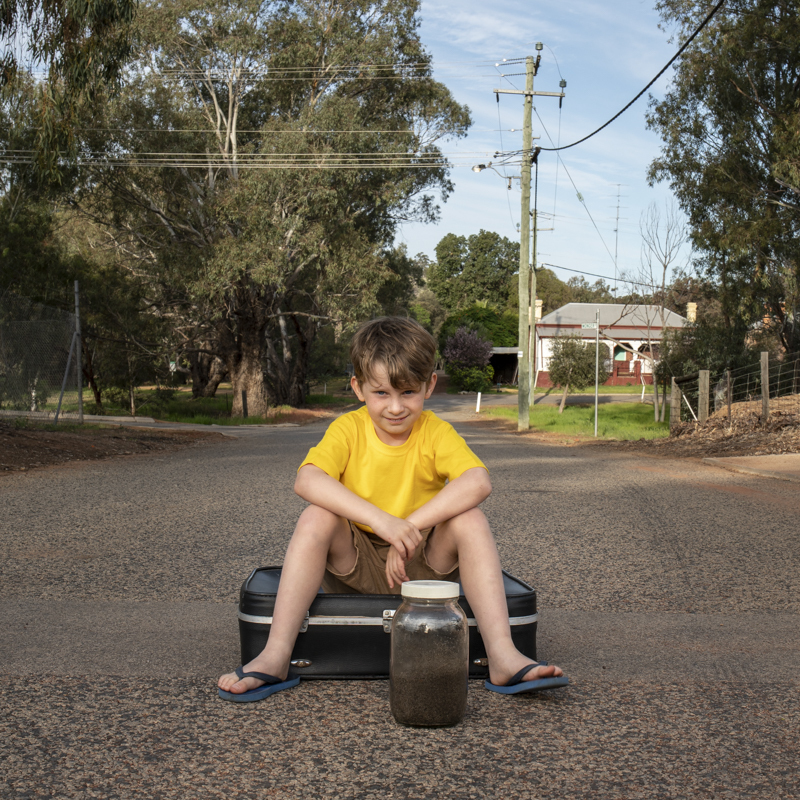 Oslo Rogers has a very fun mum and lives in a very fun town. But a very unfun problem, in the shape of a huge storm, is forcing his community to head for shelter, taking with them only what they love the most. Mum calls it their 'love luggage' and she owns a milk float and those can hold lots of love luggage if they're packed right. So Oslo sets out to help his townsfolk and, along the way, learns the stories behind what they bring.

Join Oslo on his journey and hear about the things we love and the tales that go with them in this adventure story by Australia's beloved children's playwright Finegan Kruckemeyer. For ages 5 and up.