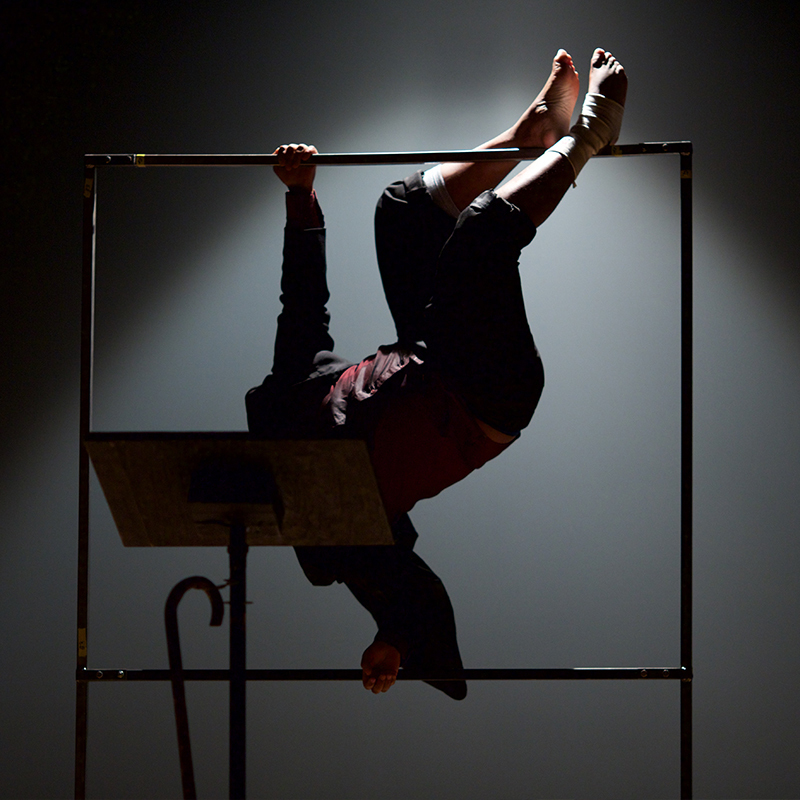 The multiple award winning Kafka's Ape is a solo performance about a primate's struggle to overcome the confines of captivity. Red Peter, the ape, embarks on a journey ignited by finding a way out of a cage he was confined to after his capture. Based on Franz Kafka's short story A Report to an Academy, the play takes a metaphorical view on society and highlights the complexities of identity in post-apartheid South Africa. Through the journey of Red Peter combined with Miyambo's masterful physical performance, we question the understanding of otherness in this Australian premiere.

Kafka's Ape has won both the Silver Ovation Award at the South African National Arts Festival, 2015 and the award for Best Public Performance at the HSS Awards, 2018.

Presented by:
The Blue Room Theatre Summer Nights and Yililiza

South African born Tony Bonani Miyambo is a BA dramatic arts graduate from the University of the Witwatersrand and currently works as a freelancer in the television and theatre industries. Some of his credits include numerous award-winning theatre productions, some of which have toured to the United States, Czech Republic, Netherlands and the UK. His highlights include winning the Marta Award for best actor in his performance in Relativity Township Stories at the Setkani Envounters Festival in Brno Czech Republic, winning a Silver Ovation Award at the National Arts Festival in 2015, the Best Public Performance Award at the 2017 HSS Awards and the Outstanding Performance Award at the Prague Fringe Festival. Tony is also the recipient of the Brett Goldin Bursary in 2014.