Josh Glanc: Glance you for having me 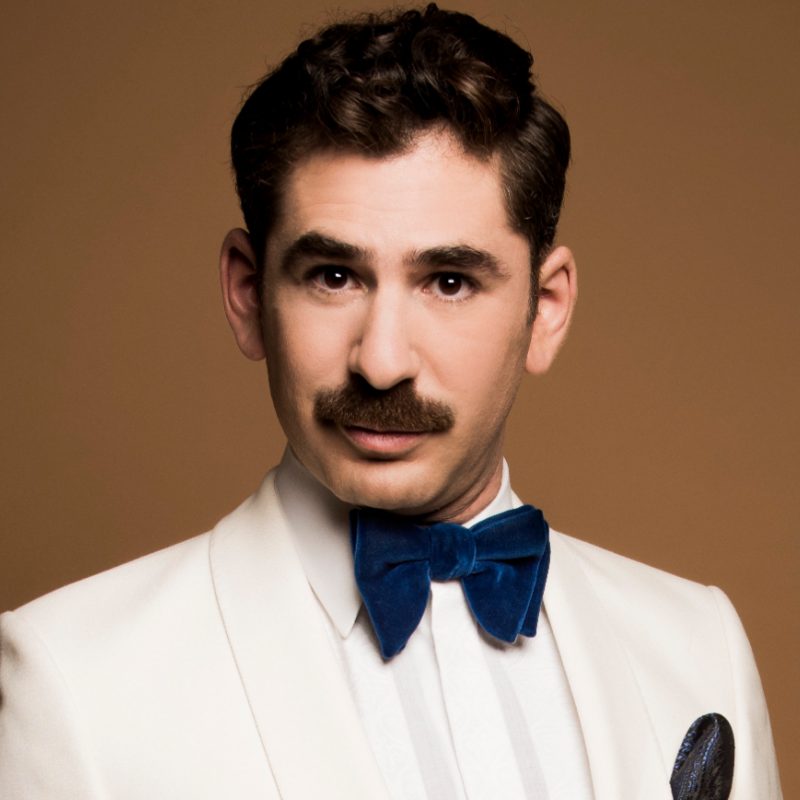 Glance you for having me completely sold out last year. Extra shows were added and they sold out too. Now it's back, fresh from smash hit seasons in London, and at the Melbourne International Comedy Festival and the Edinburgh Fringe.

This latest offering is a collision of lounge entertainer schmaltz and raw auto-biographical storytelling. There's props, sound effects and costumes and the combination of it all is “groundbreaking” ★★★★★ Funny Tonne (Melbourne International Comedy Festival, 2019).

Named by The Age as one of Australia's "most exciting" emerging talents, Josh Glanc pushes boundaries, blurs the line between performance and reality, and you don't want to miss out on the fun.

"Glanc’s style is absurdest, sometimes just plain silly, but there’s an intelligence to it that belies the apparent simplicity. ★★★★★" The West Australian (2019)

Josh Glanc is a multi-award-winning comic. His solo shows have won numerous comedy awards and had sell-out seasons at international festivals in London and Edinburgh. He has appeared on the ABC, Channel 10, and was listed by The Age as one of Australia’s "most exciting emerging talents". Described by The Scotsman as "an extraordinary talent" (2019). He recently moved to London where he is performing and writing comedy.