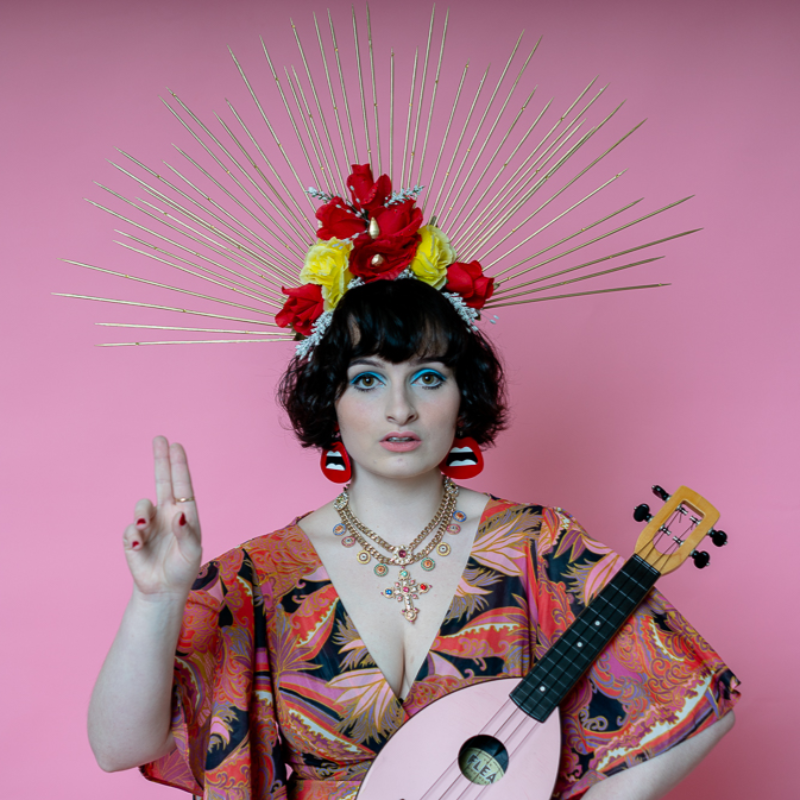 Jamie Mykaela doesn't want you to be her Daddy. Sorry. She's not your groupie, baby girl, or sweet 16.

This is a show about how pop music sees women, and Perth's premier ukulele cabaret queen has taken it personally. So, she's gonna sing about it.

'Perth's Indie-Cabaret Queen' is back with a vengeance and a brand new show.

When not wreaking twee havoc in venues from Sydney to Edinburgh, she’s opened for cabaret glitterati such as Amanda Palmer, Aurelio Voltaire and Tomás Ford. She has toured as part of fringe shows including Craptacular, [Late Night] Gameshow and Andrew Silverwood is a Self-Absorbed Tw*t. Her sophomore show Napoleon Complex was nominated for FRINGE WORLD Best Comedy and Best Cabaret 2017.