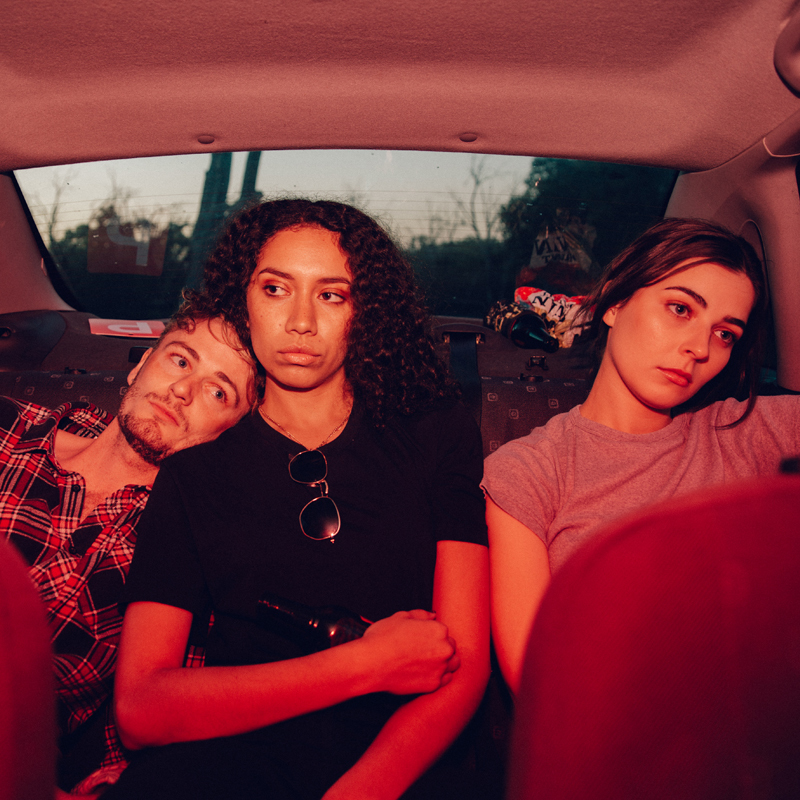 This performance takes in a series of cars, with the audience in the back seat. Please note that the space is intimate and you will be in close proximity to other audience members.

A quiet car. In the background we hear the distant beat of a late night farm party. It smells of smoke, and the only light is from the disco-ball that hangs from the rearview mirror. This is Betty's chance to unload on Jimmy about the regret she feels from seeing that her first love is becoming a father. It sucks. But the goon bag they're sharing makes her feel less alone.

From Perth's indie theatre darlings, Rorschach Beast, comes a Western Australian story about the moments we share when we think nobody else is watching. Intimate and immersive, you and two friends get to experience these moments from the backseat of the car itself.

The car is warmer than the fire. Get in.

Rorschach Beast is a Western Australian independent theatre company spearheaded by Izzy McDonald and Geordie Crawley. Girl in the Wood was their arrival as a company - a frightening forest fairytale that went on to win FRINGE WORLD's WA Emerging Artist Award 2016, the Melbourne Fringe Tour Ready Award 2016 and nominated for the Martins Sims Award 2016. They toured their first show nationally to Melbourne in 2017
thanks to those awards.

Bus Boy was about them writing their names in wet cement as creative’s in this state. The raw coming of age story set on Rottnest went on to win FRINGE WORLD's Theatre Award 2017, WA Emerging Artist 2017 (Sean ‘Bus Boy’ Guastavino) and the Martin Sims award. This allowed them to go international, to Brighton Fringe in 2018, and grow as a company as well as artists.

This performance is accessible to patrons who can transfer themselves in and out of cars, and are comfortable being seated in the backseat of 3 vehicles throughout the event along with two other patrons. You can contact the Blue Room at info@blueroom.org.au for any further enquiries.