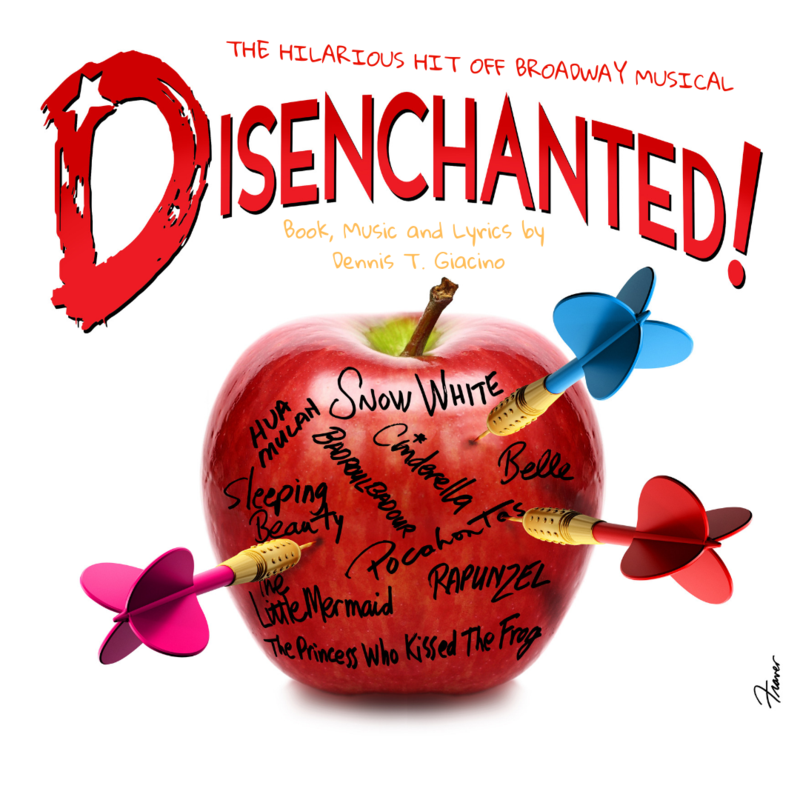 Have you ever wondered if your favourite storybook princess lived her happily ever after? Well, not exactly. Disenchanted! is the hit off-broadway adult musical comedy that presents a hysterical and sassy take on the storybook princesses.

Poisoned apples. Glass slippers. Who needs ’em?! Not Snow White and her posse of disenchanted princesses in the hilarious hit musical that’s anything but Grimm. Forget the princesses you think you know – the original storybook heroines have come to life to set the record straight.

"A gloriously girl power show, this is a wonderful experience for anyone who grew up loving princesses. A great choice for a girls’ night out (although the men loved it too), this is an adult comedy that has great messages but is mostly just a fun time" Stage Whispers

"Disenchanted’ is a night filled with fun and laughs... With a live band, and an enthusiastic attitude this cabaret styled show is funny, fiendishly inappropriate and packed with talented performances" ★★★★ Out in Perth

Grey Lantern is a local WA theatre group who present small scale, co-operative productions of contemporary theatre. They are small but mighty! Focusing on comedy and musical theatre, previous shows have included the critically acclaimed 5 Lesbians Eating a Quiche and First Date the Musical at FRINGE WORLD 2018 for which they were nominated for the Music and Musicals award. They also presented Saucy Jack and the Space Vixens at FRINGE WORLD 2016.