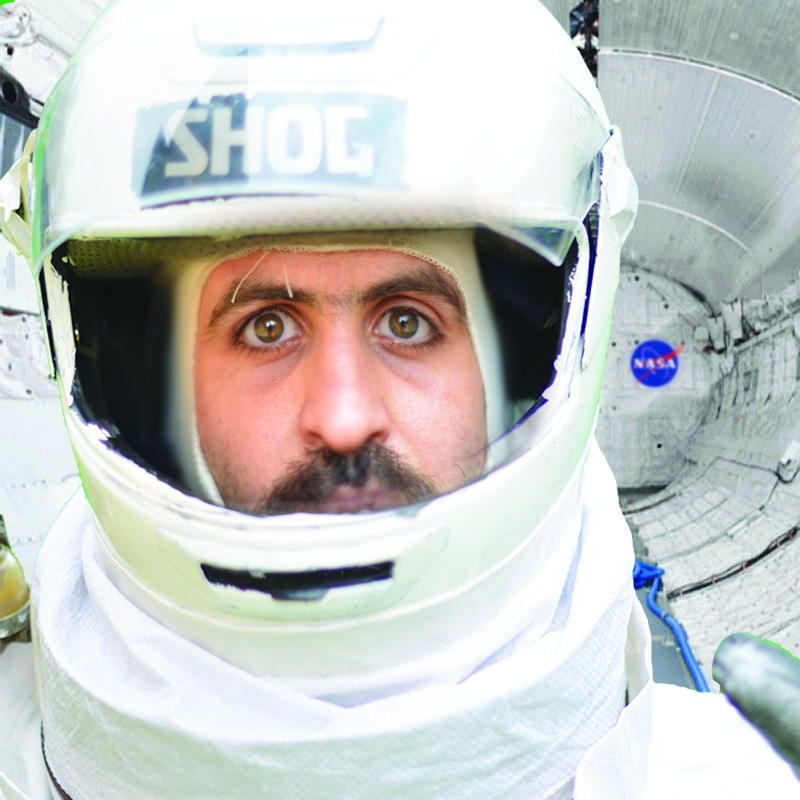 On a lonely space station one unlikely hero holds the fate of humanity in his hands. A surreal physical comedy, unlike anything you have ever seen.

"The most beautiful train wreck of an experience that I have ever seen, and I mean that as the highest compliment I can possibly give." The Advertiser
"A master of comedic balance yet can push the boundaries beyond anything his crowd may be expecting." The Music
"Venn is natural, he is relatable, and he gives the audience an abundance of warm fuzzies." Weekend Notes
"Peak fringe" The Age

Charles Horse Lays an Egg is the creation of professional weirdo and idiot, Cam Venn (Balls Deep, The Broccoli Brothers). He is a trained physical comedian, having studied with some of the greatest clowns in the world. His unique interactive comedy dances on the boundaries of the charming and outright ridiculous. His first solo adult show Balls Deep appeared at Melbourne International Comedy Festival, Melbourne Fringe Festival and Adelaide Fringe Festival. Cam won the 2018 Golden Gibbo award at the Melbourne International Comedy Festival and the WA Tour Ready Award at Melbourne Fringe as well as being nominated for Best Comedy.