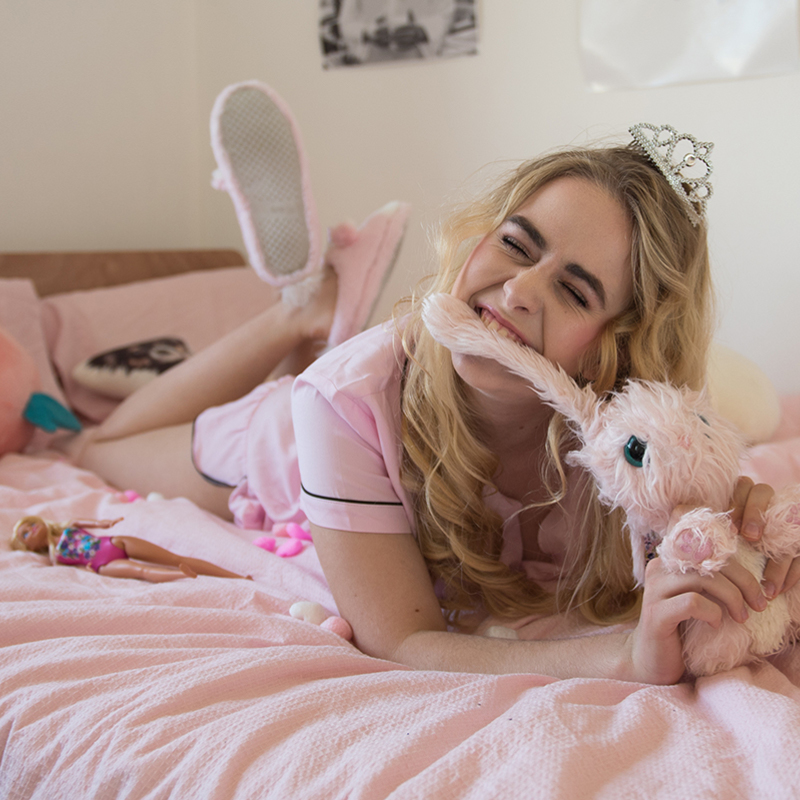 When she was a kid, Ashlee Brown thought her early 20's were going to be a time where she figured everything out.

Now she's in the thick of it she's realised they're mostly filled with bad dates, weird jobs, dumb beauty standards and the crippling feeling that everyone's doing better than you.

Are they? Why should she care?

After two years of gigging around Australia and three months of hanging out in the background of Tonightly With Tom Ballard, Ashlee Brown is finally bringing her solo stand up debut to FRINGE WORLD, and she's bloody excited about it.

Join her as she attempts to unpack what it means to be a 'successful young person' in an age where everything's just a little bit photoshopped.

Ashlee Brown is a Sydney-based comedian but still calls Western Australia home. You might know her from being in the background of sketches from Tonightly, but then again you probably don't know her from a pack of chips and she's totally ok with that, promise. She's been doing improv and stand up for two years now, and her experience has seen her gig across Australia in a bunch of Sydney rooms you haven't heard of and a bunch of Perth rooms that are more local, but you still probably haven't heard of them (and the Comedy Lounge). Lots of famous people have said she's funny, she just can't tell you who because she wants to respect their privacy. Please see her show. It's all she's got.