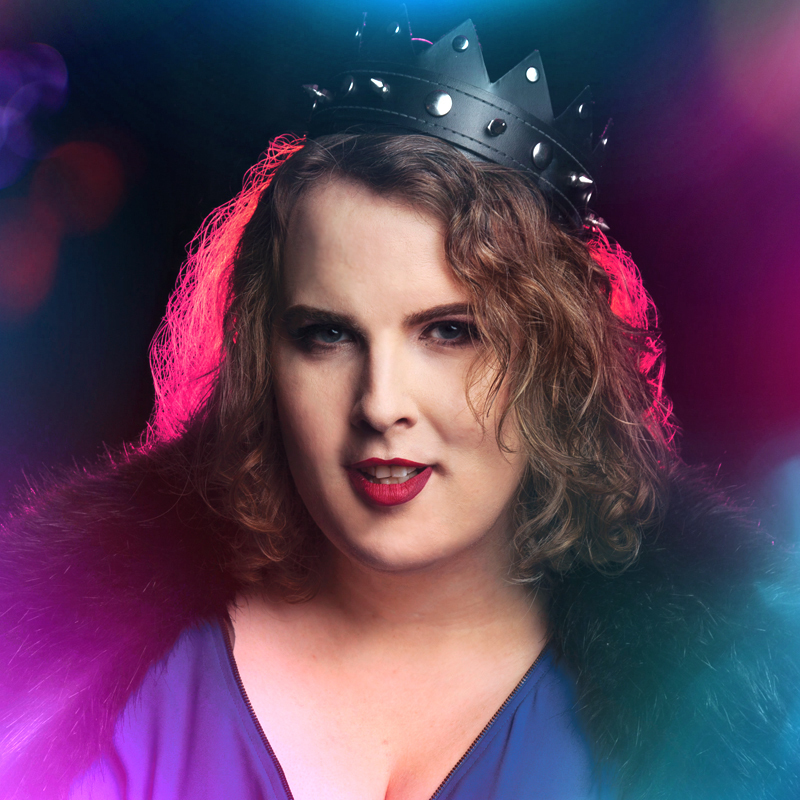 Includes discussion of homophobia and transphobia.

Anna Piper Scott, Golden Gibbo nominee and fierce queen of the stand up scene is here to destroy myths about transgender people and make you cry-laugh while doing it.

Anna Piper Scott: Queer and Present Danger is everything you've ever wanted to know about being a trans woman, courtesy of one of Melbourne's sharpest comedians.

Anna shares real life experiences that are awkward, empowering and everything in between: from trying to understand the arbitrary nature of women's sizing or people suddenly being very curious about your genitals.

Anna demystifies trans life for cisgender folks, and gives transgender folks some sweet comebacks. After all, you learn a lot when you've gone through puberty twice.

Anna Piper Scott is a Perth-born, Melbourne-based stand-up comedian with over 10 years of experience across Australia. Her comedy is incisive, relatable, well-crafted and flat out funny.

Anna is a guaranteed highlight of every festival she is part of, whether hosting comedy line-ups, cabaret shows and game shows, or performing solo. She is best known for the Golden Gibbo nominated and critically acclaimed MICF smash-hit show Almost Lesbians, which she created with her comedy partner Sophie Joske.

Featured in Joanne Brookfield’s book No Apologies with the likes of Wendy Harmer, Geraldine Hickey, Felicity Ward and Fiona O’Loughlin, Anna has also shared the stage with comedy greats such as Wil Anderson, Judith Lucy and Cal Wilson.