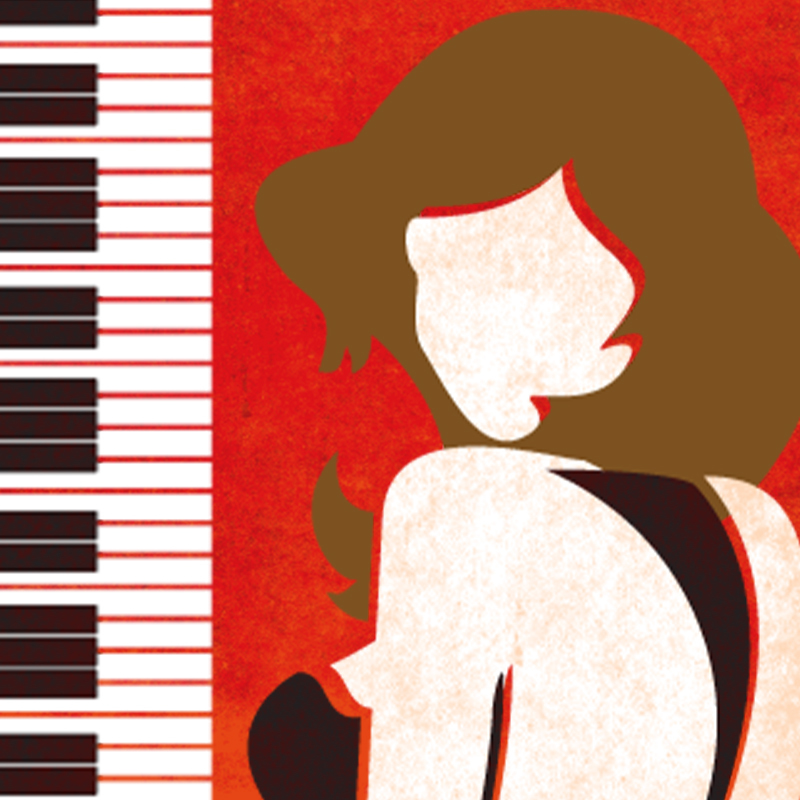 Back by popular demand! With touches of Liberace and Victor Borge, Amy Abler is a classical concert pianist, gone rogue. From Beethoven to broadway, pop to Paganini, ragtime to rock'n'roll --- Amy plays it all! Warm, inspiring, and funny, Amy has captivated for the past ten years, performing in theatres and as a headliner on the main stage of ships including Queen Mary II and Allure of the Seas. She has also become a smash hit at arts festivals around Australia, Europe and the UK, where her residency at the Jazz Bar during Edinburgh Festival Fringe has become a cult phenomenon. Last years' season as part of Hubbub and Freo Royale was a smash hit, so book quickly to make sure you don't miss out.

'A seasoned entertainer who has not forgotten how to entertain' TheatrePress.com.au

Best known for his work as a cabaret artist (see him in his shows Riot, A View To A Beer and Pop Craptacular this Fringe) and his notorious Crap Music Rave Party DJ series, Tomás Ford has forged an international career as a performer and producer.

Tomás Ford co-produced (alongside events company JumpClimb) and programmed the first three award winning years of independent fringe hub Noodle Palace (2013-15) and the hugely successful first two years of the Midlandia program (2014 & '15). He has produced Australian tours for Chris Turner, Will Pickvance's Anatomy Of The Piano & US pianist Amy Abler.

In 2018, he debuts his pop up fringe venue concept The Fxxk Yxu at the Rosemount Hotel's Four5Nine space in North Perth. He encourages you to go see something messed up there.