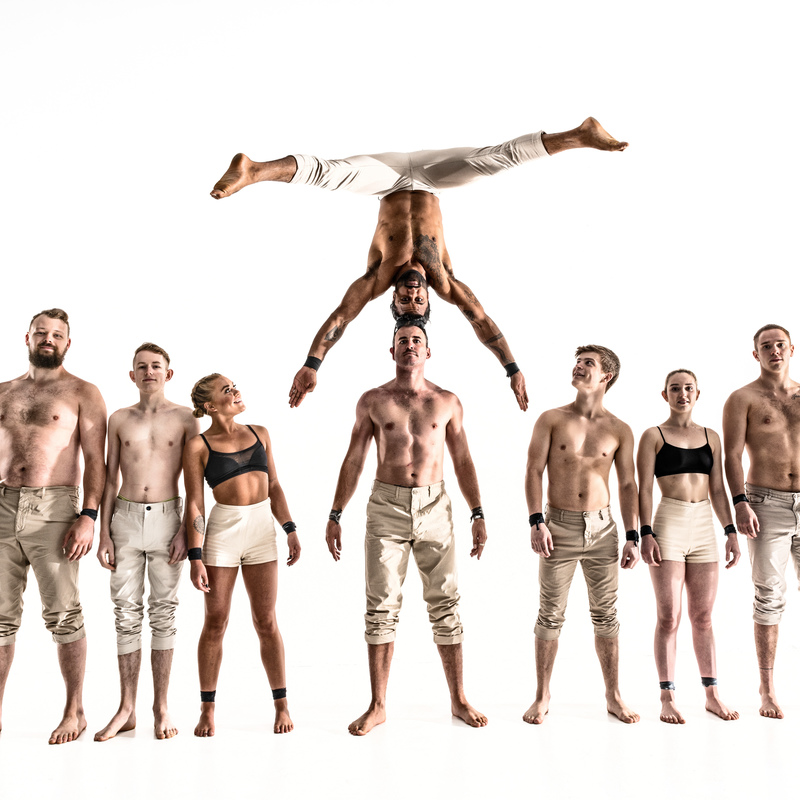 The must-see, internationally acclaimed circus sensation is back! Seven acrobats push their physical limits without reserve supported by driving live percussion and presented so intimately that you can feel the heat and hear every breath.

"A total triumph." The Guardian.

Presented by:
Gravity & Other Myths

Gravity & Other Myths (GOM) is an internationally renowned circus company pushing the boundaries of contemporary circus. Formed in Adelaide, Australia in 2009, GOM has rocketed to stellar acclaim with a series of disarmingly accomplished ensemble works. GOM’s work utilises an honest approach to performance, to create shows with a focus on human connection and acrobatic virtuosity.

GOM’s show A Simple Space has achieved huge international success, receiving multiple awards, and having performed more than 600 times across 30 countries. The follow up show Backbone, created in 2017, has won multiple awards, had stellar reviews, and cemented the company’s position as a leader in contemporary circus. GOM premiered their latest work Out Of Chaos…at Adelaide Festival in February 2019.