2 ENGLISHMEN AND AN AUSSIE 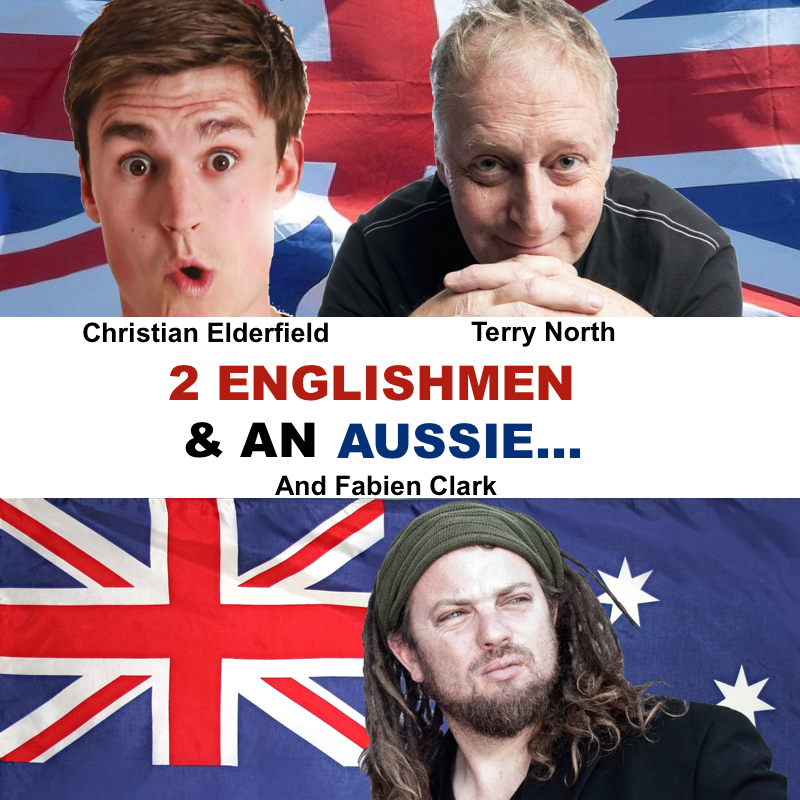 Arena at The Aberdeen Hotel

After a hugely successful run in 2018, This hilarious show returns to Perth FRINGE WORLD Festival. This is a one after the other LAUGH, LAUGH, LAUGH. "If you're looking for a bargain, then check out this act at FRINGE WORLD right now -- why see one comedian when you can see 3?" ★★★★½ Fringe Feed

This will be Terry's 10th year performing in Fringe Festivals around Australia; Perth, Adelaide and The Melbourne International Comedy Festival. Terry North has been performing Stand up for 20 years, in Australia, New Zealand and back in the UK, as well as performing in all of the major festivals in Australia, Terry has toured extensively through out Australia.