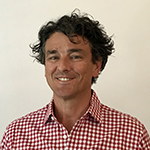 Dr Anthony Robinson is a West Australian who is motivated to use his professional experience to boost Artrage’s contribution to arts and culture in Western Australia. An engineer and economist by education he has worked as a business consultant in airlines, mining, resources, and utilities in Australia, Europe, Africa and America for 20 years. He is a business owner and Board member for a number of small enterprises, working to assist organisations with problem solving, strategy and execution. 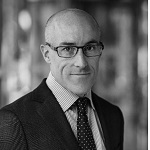 Lindsay O’Sullivan is Chief Operating Officer at Keystart Home Loans and has served in non-executive roles for more than 10 years, including with Artrage since 2010. He has an Executive MBA (Dux) from the University of Western Australia and is a member of the Australian Institute of Company Directors. 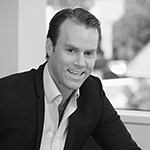 Kyle Jeavons the Development Director of several private property development and investment companies and holds a Bachelor of Commerce with a Double Major in Finance and Property. Kyle has been a member of the Artrage Board for over 5 years, and maintains a strong passion for assisting the growth of Perth through culture and the arts. 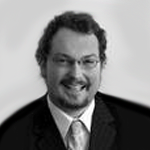 Following studies in Law, Chemistry and Extractive Metallurgy, Ezra Hefter has worked in scientific research and in the resources industry, before trading in the test tubes for the tax act as a partner at Ernst & Young where he has been for 18 years. He has worked with government and appeared before Senate Committees in relation to support for R&D and Innovation in Australia. When not talking tax, Ezra has a range of interests including the arts, old British cars, social justice issues, food, theatre, travel, and BBQ. 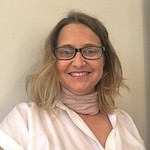 Gabrielle Vitali has been a practicing lawyer for over 20 years and has held litigation, insolvency and commercial roles. She is currently a Senior Lawyer with Westpac Banking Corporation where she provides advice, drafting and negotiation support to the Loan Markets team within the Institutional Bank. She was formerly the Senior Lawyer and Company Secretary of The University of Notre Dame Australia, and she has previousy held board positions on school and local sporting clubs. Gabby’s involvement in the arts includes several years co-managing an indie rock band. 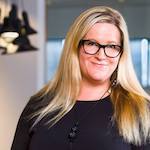 Saffron Solomon has 20 years’ marketing and communications experience across industries including finance, insurance, energy, disability and the arts. She is Head of Brand, Marketing and Communications at APM and has held a number of non-executive roles over the past ten years. Saffron has been a Board member of Artrage since 2013 and also currently sits of the Board of a not-for-profit disability services provider and a branding agency. 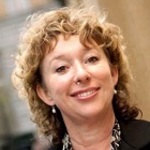 Megan is a former lawyer and State Parliamentarian. Since 2001 she has worked as a political lobbyist active in State and Federal arenas. Megan lived in Kalgoorlie-Boulder for 11 years and is passionate about regional development, the arts and greater recognition of Aboriginal and Islander culture and heritage. 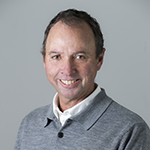 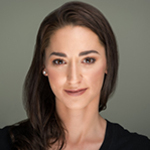 Renee Wingfield (nee Pilkington) is a multidisciplinary performer and creative, with a speciality in spectacle and high-end aerial experiences. She is an advocate for the arts with a focus on the creative and the eccentric. Renee is the owner and Creative Director of Fliptease, WA's premier cornerstone aerial and spectacle company. Established in 2006 Fliptease has been performed for audiences all over the world but is proud to call Perth home. 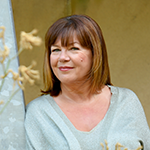 Sharon Burgess is one of the leading lights of the international Fringe network and a previous Board member of the Edinburgh Festival Fringe Society. With over 12 years’ experience in the world of Fringe, she’s been at the helm of two of the largest venue producers at Edinburgh Fringe including Managing Director of Assembly Festival for the last six years. Her final year at Assembly saw records broken with 575,000 tickets sold to 250 shows that were presented. Alongside her direct Fringe involvement, Sharon has independently produced shows around the world, bringing Fringe World favourites down under. Sharon joined Artrage as CEO in September this year and feel very much at home in Perth already. 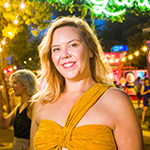 Amber has been instrumental in building FRINGE WORLD to its position as the third biggest international Fringe event of its kind in terms of tickets sold and the biggest annual festival in Western Australia. Her direction of the festival has helped transform perceptions of Perth by enlivening city spaces, introducing new live acts from thousands of local and international artists to audiences across the state and promoting economic growth during the month-long celebration in February. Amber’s passion for WA’s arts and culture industry has also led to her involvement in several boards including the Chamber of Arts & Culture of WA Board and the Helpmann Awards Panel, which celebrates Australia’s most talented performing artists. She was a 2016 Western Australian of the Year Award Nominee and a 2016 40 Under 40 Award Winner. 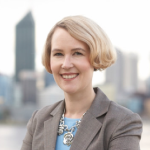 Jo is a 40 Under 40 Award Winner (2018) and a marketing professional with more than 10 years experience across government, non-for-profit and the private sector. As a member of the FRINGE WORLD Executive, she is responsible for leading the marketing, partnerships, box office and cinema teams. 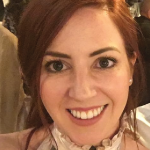 Amy joined FRINGE WORLD in 2017 and is a Chartered Accountant with a background primarily in the financial services and construction industries. She oversees the Finance, IT, Business Systems, HR and Administration functions of the organisation. In her spare time, Amy looks after many pets, drinks wine and spends way too much time on Instagram stalking cats – so many cats, not enough time. 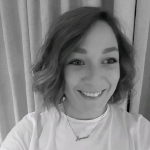 Ruth has joined us from the UK with extensive experience in arts, heritage and festival management. Upon leaving Scotland, Ruth travelled to Asia to work on Angkor Photo Festival and Workshops and finally made her way to Perth where she worked on three WA festivals; Southern MTB, Shinju Fringe and Shinju Matsuri. In 2016, she joined the FRINGE WORLD team as Venues Producer and now manages the programming team in her most recent role as Program Manager. 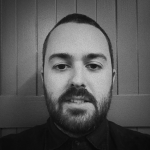 in 2017 justin took the advice of a pet shop boys song and went west to become the FRINGE WORLD festival producer. before this he worked as a production and tour manager, producer and technical director around australia and overseas. he is currently also the co-director of brisbane queer film festival. he really likes shoes and really dislikes capital letters. 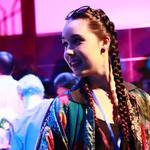 Alyssia is a graduate of Arts Management at WAAPA and has worked with many festivals on the international fringe circuit. Joining the FRINGE WORLD family in 2014, Alyssia has worked with the festival in Programming, FOH, Technical and has also been a performer, director and independent producer. You can ask Alyssia anything about Harry Potter...she will probably know the answer. 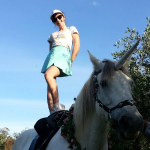 Katie is one of the longest standing staff members at ARTRAGE. She enjoys a fresh juice in the morning and is often seen pottering in her garden, riding her motorbike or swimming at the beach.

Growing up in the Flying Fruit Fly Circus, Bec has about 25 year’s experience in performance, production, stage management and company wrangling, touring a variety of shows and festivals both nationally and internationally.

First joining the FRINGE WORLD Production team in 2015, she now considers Perth her second home, where she has been able to put her pink overalls and appreciation for a fabulous spreadsheet to good use. When not onsite or in a sea container, Bec adores her leopard-print kaftan, enjoys a whiskey and struggles to sit still 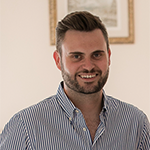 Dan has a degree in Accounting & Finance, however after obtaining over 7 years of experience in sports, music, fashion and community events and festivals, his real passion is everything events. Dan loves a big weekend socialising just as much as a lazy weekend at home. Dan’s love for Fringe led to him joining the FRINGE WORLD team as Operations Manager in 2019. Word of warning – do not approach until he has had his morning coffee! 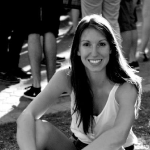 Mel joined the FRINGE WORLD marketing team in August 2015 after enjoying a stint at a web agency. She has a degree in Creative Advertising and Graphic Design and can often be found neck deep in mind-boggling graphs and infographics.

Dana joined the FRINGE WORLD Marketing Team after graduating from the WAAPA Arts Management course and worked as a freelance publicist and producer in the Perth independent theatre scene. On her nights off, you can find her at a local restaurant, bar or watching whatever show is on at the theatre!

Khazia is a Macgyver style creative all rounder who is always ready to kick it up a few notches. She has joined the FRINGE WORLD family after enjoying a five year stint as a Lecturer and Tutor of Creative Advertising and Graphic Design at Curtin University. Outside of the daily grind you can find her drumming, petting dogs and eating dumplings. 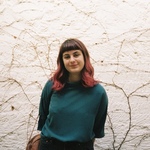 Indi joined the FRINGE WORLD team as Partnerships Coordinator in 2016 after graduating from UWA. When she's not Fringe-ing, Indi can be found perfecting her pizza dough recipe or having a good boogie.

A freshie to the FRINGE WORLD team but not the scene, Angie has been an avid Fringe-goer since her move to Perth in 2015. Working in Marketing and Events after graduating UWA in Design and Comms she’s thrilled to join the team for the 2020 season. Good value for a fierce dance sesh, dad jokes, cheese boards, Marvel and DC and a glass of red. 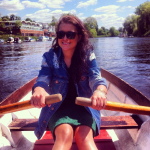 After spending 5 years in London, Tiffany joined FRINGE WORLD Festival in 2015. When Tiffany is not planning all things relating to Box Offices, she enjoys drinking wine, eating cheese and watching re-runs of F.R.I.E.N.D.S! 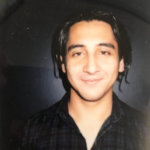 Amir joined ARTRAGE in September 2013 as Box Office Manager and became Business Systems Manager in 2016. He loves technology and hates the sun. 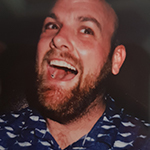 In 2018, Adam – an avid Fringe-goer since the first-ever FRINGE WORLD, broke free of his corporate chains and followed his passions, leading him to become our IT & Systems Coordinator. If not at FRINGE you will find Adam at the Theatre or a local gig /bar. 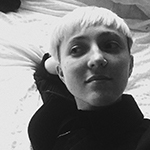 Kiera is a really great person with a lot to offer. After spending most of her world in music-making and management, Kiera joined the FRINGE WORLD team at the end of 2018 as Administration Coordinator. Whilst she likes the concept of ‘going to the beach’, she usually ends up at the North Perth Bowls Club. 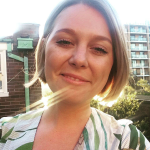 Melanie is highly skilled at socialising. She is fun, bubbly and excellent at all things Finance. Originally from NSW, she is enjoying her new Perth home and loving being part of the FRINGE WORLD team. 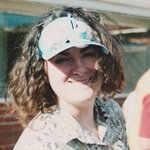 Courtney is a movie nut, it’s all she talks about day and night. She has a background in film festivals, including three years as the Film Coordinator for CinefestOZ Film Festival. Courtney is excited to be bringing the best films to Perth this year, get on her level and come visit her on the roof! 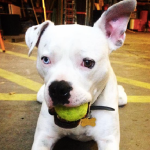 Bunk is FRINGE WORLD’s resident pooch. He has heterochromia and likes wearing a blue bandana to set off his blue eye. He loves jumping in the ivy at The Woodside Pleasure Garden and getting treats from his Fringe mates.