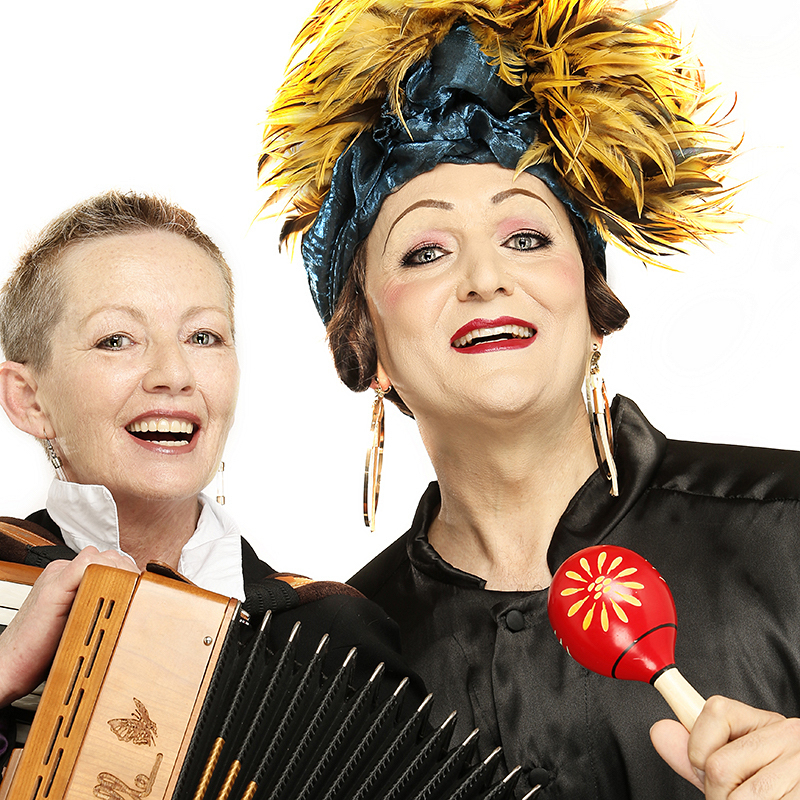 Cabaret star Robert Hofmann splits into four powerful personas in this multi-gendered romp through South America and beyond. He breathes life into the fluro and feisty Helmut Wunderlicher who workshops standard love songs into same-sex serenades. Hofmann transforms into Gaye Thyme, a glam goddess with magnificent maracas. He inhabits the outspoken Sr Virgillious and deluded church singer Susan Higgins. Featuring legendary musician Cathie Travers and directed by Stuart Maunder, this mix of comedy and song addresses your sex, their sex and no sex.

Come on a wild ride to Rio in this back-by-popular-demand season -- book now!

Robert Hofmann has sung many roles with Western Australian Opera and burst onto the cabaret scene in 2014 winning Best Cabaret (WA) at FRINGE WORLD for Desperately Young at Heart which toured to Melbourne, Sydney and Edinburgh to rave reviews. He has performed with DivaLicious in Perth, Adelaide and Sydney Opera House. What the Fandango?! is Robert’s first show with Cathie Travers whose performance & creative work has appeared in all the major cities of Australia – and internationally in Canada, the USA, the UK, Malaysia, & Japan. She has worked in dance, theatre, concerts and film in an eclectic career roaming from rock to classical, avant-garde to tango, esoteric electronica, jazz and folk. Cathie is one of the finest accordionists in Australia.