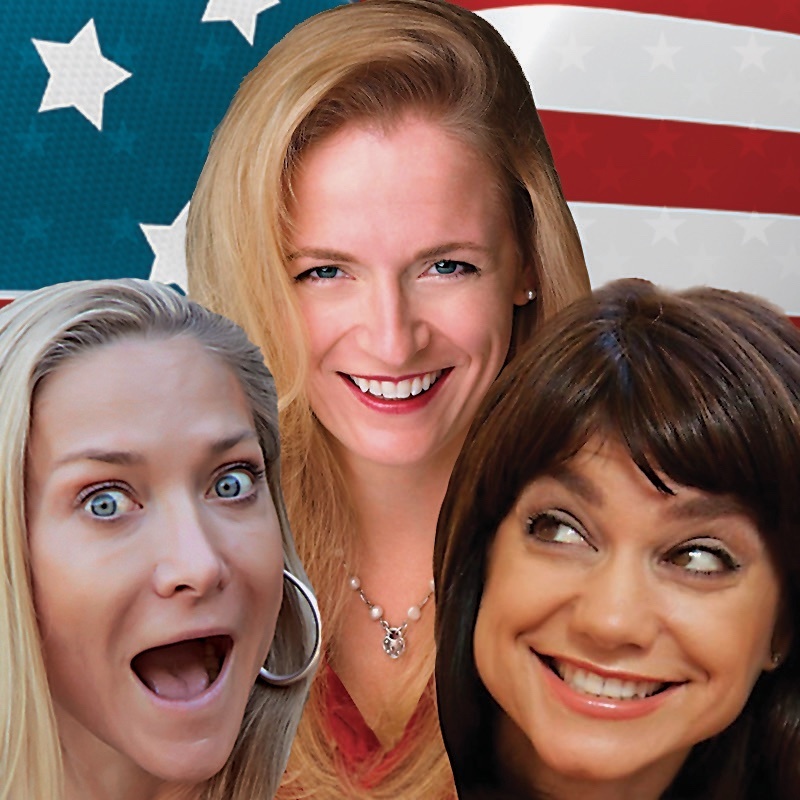 Three California Comedy Store stand-ups find the funny in living in the Great United States and just about everything else!

Fresh from entertaining the troops and performing in Hollywood sitcoms, the trio is more than excited to perform in Perth together for the first time.

Maria is a Perth native who lives in the US, cos she clearly likes things the hard way - at least she can come home and talk about it!

From the Edinburgh and Amsterdam Fringes to clubs, casinos and colleges throughout the USA, direct to WA.

This show may be d*ckless but it isn't for pu*sies! (Except that it is.) Actually, it's for everyone.

Originally from Perth, WA, Maria lives in California where her keen observations and friendly Aussie style make her a favourite with American stand up comedy audiences. Pt Loma Life Magazine’s 5 page cover article called her animated style "fun to watch and simply hilarious". Maria's comedy is flavoured by the countless disparities between the two lands she calls home, and peppered with observations from the intellectual to the ridiculous. Her TV appearances include Good Morning San Diego and the Dr Phil show. International performances include the Edinburgh and Amsterdam Fringe Festivals, the Mumbai Laugh Factory, and a Comedy Tour to Afghanistan to perform for the troops. Stateside, Maria produces the 5-star rated San Diego stand up show 'Comedy Heights'.