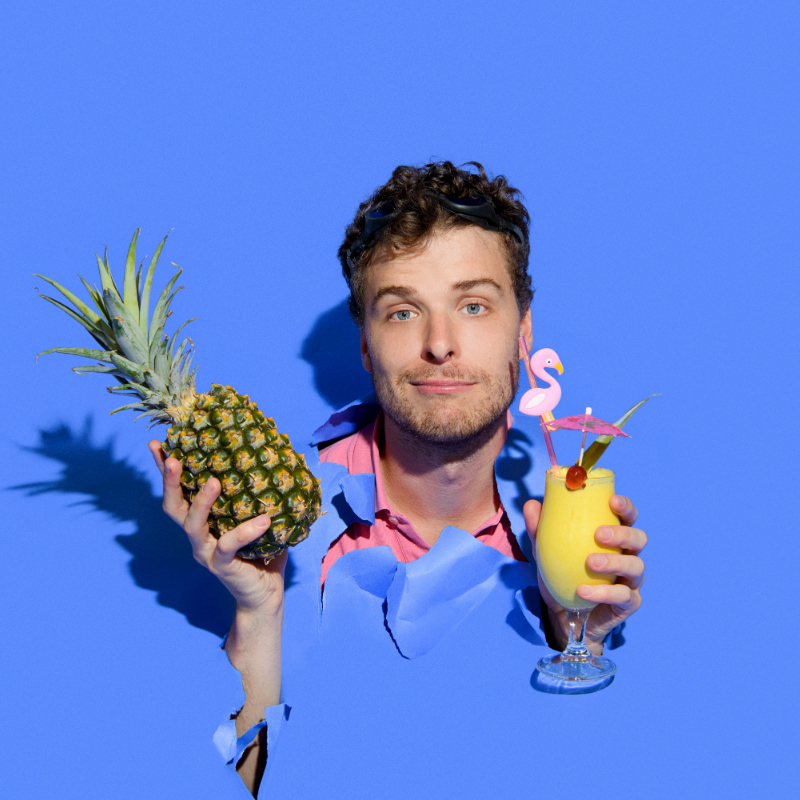 Master of buffoonery Oliver Coleman made a huge splash at the Melbourne International Comedy Festival. Now he's bringing his hit show to FRINGE WORLD. This wet 'n wild show is full to the brim with his unique character comedy and surreal stand-up. Dive in and experience this frenetic hour of unbridled silliness... BYO pool noodle!

Oliver Coleman is a comedian from Melbourne. His debut solo-show Poolside was nominated for both the Best Newcomer and The Golden Gibbo awards at the Melbourne International Comedy Festival. He got his start in comedy as part of double-act Coleman and Freund presenting the “hidden gem of the festival” (The Plus Ones) Uncompetent at MICF in 2016. Following that he lived in the United Kingdom for several years performing stand-up and playing festivals around the country including Leicester Comedy Festival, Glasgow Comedy Festival and the Edinburgh Fringe.

As an actor he has performed on stages around Australia and been seen onscreen in shows such as Neighbours, Secret Bridesmaid’s Business and the hit mini-series Molly.