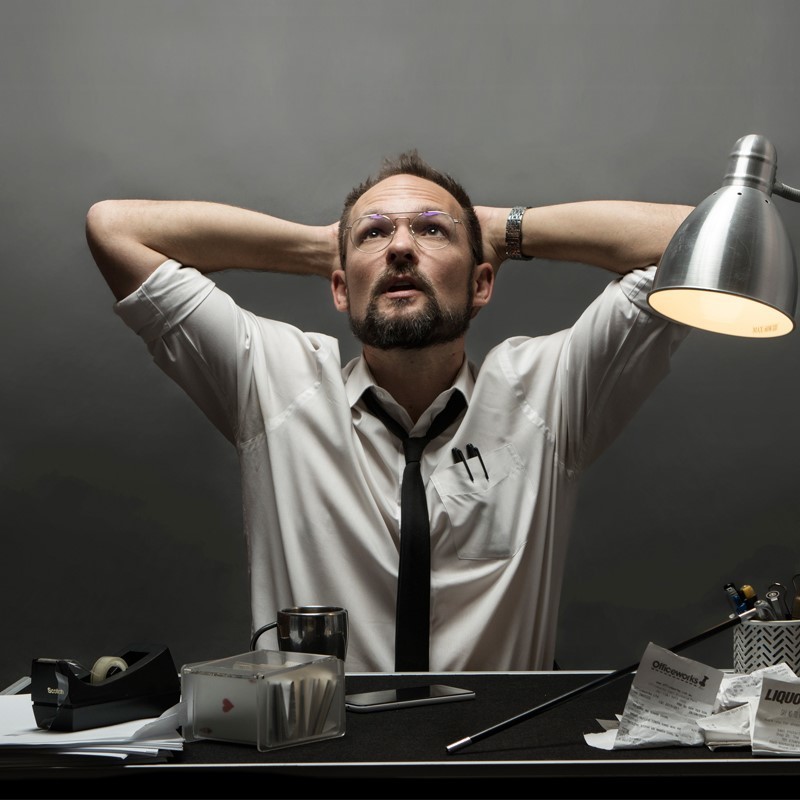 A modern human confronts the humdrum of his mundane office life. Will imagination alone set him free?

Using bleeding edge magic and illusion, you are taken through an amazing surrealistic journey. Immerse yourself in a performance that is highly visual, physical, experimental and thought provoking.

Several years in the making, Pierre Ulric is delighted to premiere this brand new production for the first time at FRINGE WORLD 2020.

A Perth-based entertainer, Pierre Ulric moved to Australia from his native Canadian province of Québec twenty years ago. He has been involved in the craft for over 25 years and is recognised as an accomplished performer on the scene, having received several peer awards and nominations for his private work and festival shows.

He works from an understanding that magic is a powerful communication and expression medium, and his love for mystery performance work has been embraced by delighted audiences all around the world.