Gaming Under the Influence 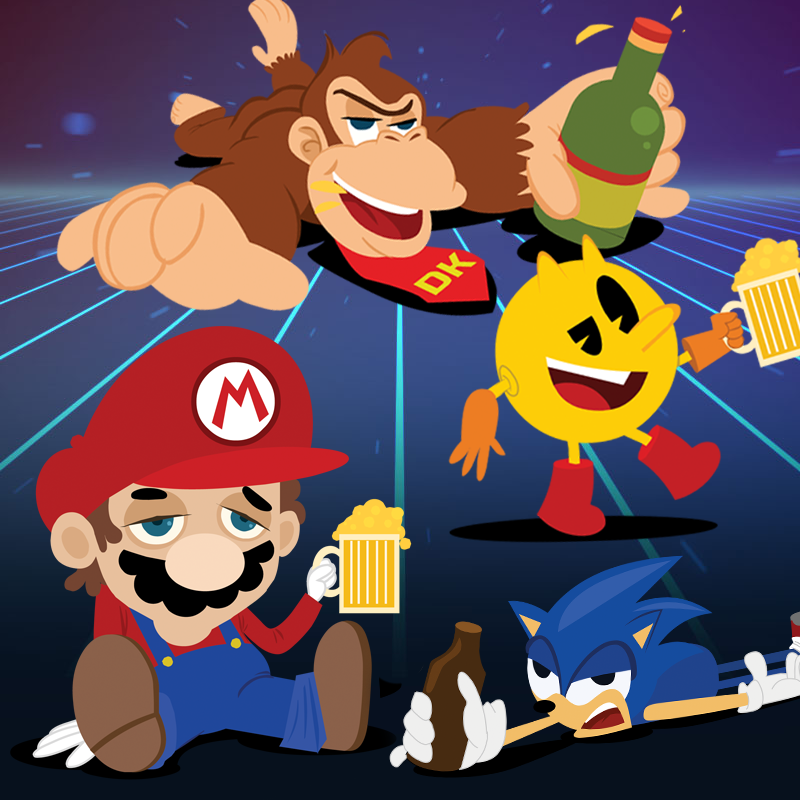 Rival comedians compete for your affection with jokes, do far too many shots, and then battle head to head with different live challenges and video games nightly. Unpredictable hilarity with audience interaction throughout, different games every night, and intoxicated comedians make for a new and unique show every night.

No skill required to enjoy this nightly dose of live arcade-style chaos. Bring a drink or five, dust off your gaming knowledge and come enjoy a night of competitive insanity between comedians and, occasionally, audience members. Be one of the lucky audience members to score a token and you'll help control the action by making the games more difficult, offering help through a "cheat code", or even forcing them to drink more!

Patrick Melton has been performing standup comedy for over ten years around the world. Originally from Florida, he now resides in Las Vegas when not roaming the world doing shows for comedy clubs, festivals, and various military installations.

Patrick has performed and written for some of the best names in comedy, and in 2013 was named a National Semi-Finalist in Comedy Central’s Up Next competition. He has appeared on Sirius XM satellite radio, Comedy Central Radio, Spike TV, VH1, and The Bob & Tom Show. He is the creator and host of award-winning internet radio show Nobody Likes Onions, one of the first and longest-running comedy podcasts, since 2005.