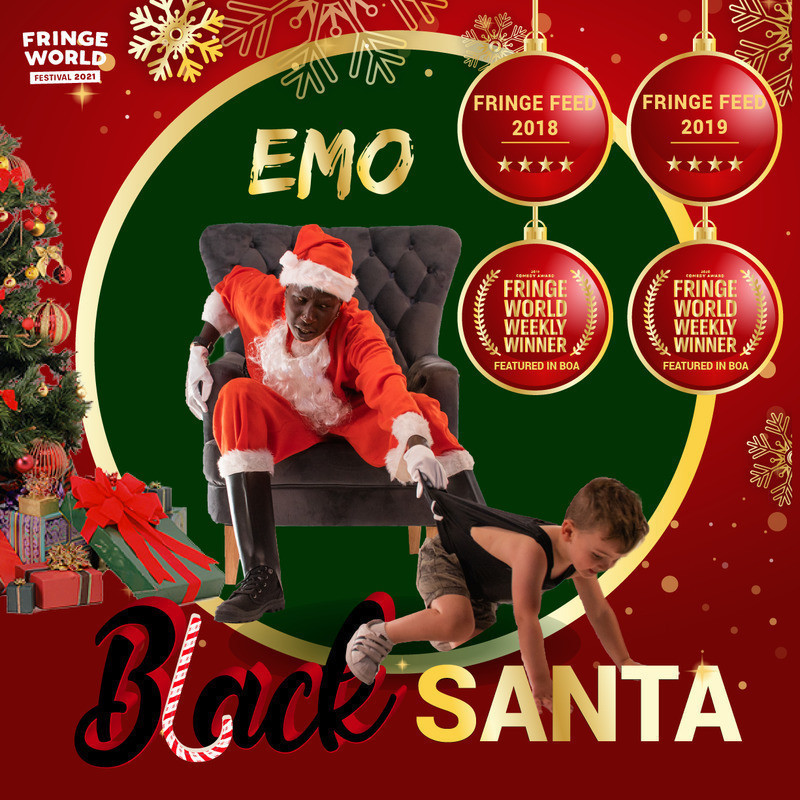 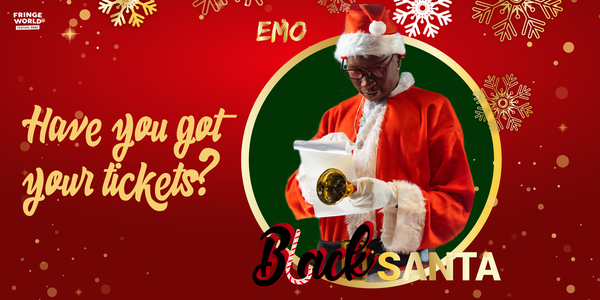 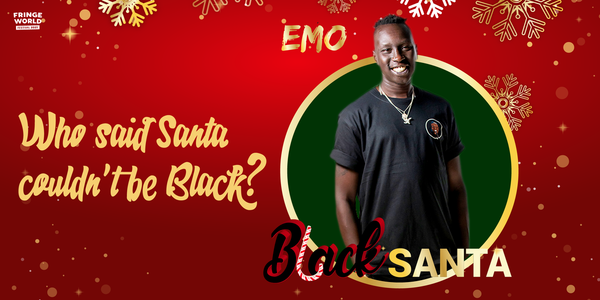 Christmas was late this year, forgive Santa, he was running on Black Time. After winning the state finals of the Raw Comedy Competition, Emo made a successful debut in Melbourne and FRINGE WORLD 2019 with his show, Not Quite Grown, Yet, rated ★★★★ by Fringefeed. He doubled down in 2020 with Just Your Typical Aussie. He's back to dig a little deeper into his experiences of culture-clash, with side-splitting stories of adjusting from a refugee camp in East Africa to gifting out jokes globally with his new show Black Santa.

''Emo is a raw comedic talent and a must see for anybody who is a fan of stand up... Emo riffs and banters with the crowd with such ease and a sense of familiarity that one could be forgiven for thinking that they were having a yarn at a family BBQ" Fringefeed, 2019

Formed from the local Perth comedy scene Emo-tainment has quickly been making a name for itself since its foundation 2019. Despite many obstacles both natural and manmade, this production company has not ceased to continue to develop and produce highly acclaimed shows for those with open minds and half full cups.

After WA’s handling of COVID, Emo-tainment saw the need to fill and uplift the void after a tough first half of 2020 by producing and showcasing some of Perth’s funniest and highly demanded comedians.

Emo-tainement is poised to bring you even more laughter with several nights of comedy and entertainment you never want to miss! With the hottest-line up of local and internationally touring comedians. Keep an eye out for the highly anticipated debut of Emo’s new show Black Santa.

No idea what I just saw
4