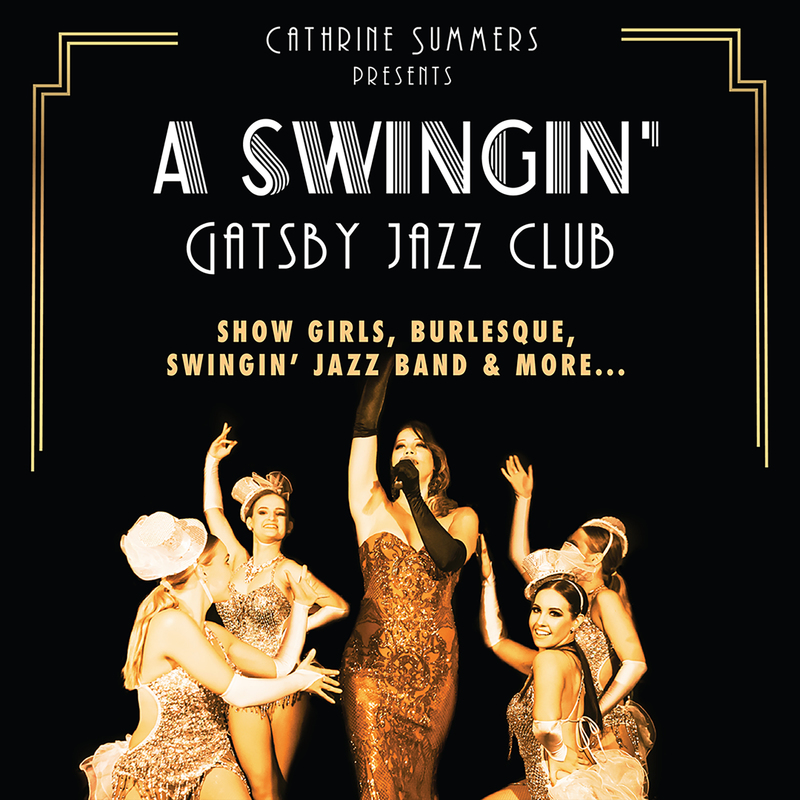 The roaring 20s are back and it's a Cotton Club extravaganza with popular singer Cathrine Summers! This lively 5-piece band with cabaret girls show is a mix of old jazz, French classics and trad-jazz reworkings of pop songs like Beyonce's 'Crazy in Love'. Wear your finest Gatsby attire, enjoy complimentary bubbles on arrival overlooking the Swan!

Perth based female singer Cathrine Summers is a sell-out artist. Since her 2008 debut, she has lit up many events, festivals, high profile galas and regularly performs nationally and internationally. She’s a resident sell-out artist at local Perth and Melbourne jazz clubs, and has featured in revered festivals like, BRAVO! Cruise of the Performing Arts, Perth Festival, Jazz by The Bay, sell-out seasons in FRINGE WORLD years 15, 16, 17 & 18, City of Perth New Year’s, Kings Park Festival and many more. Described as a cross between Dinah Washington and Ella Fitzgerald with a splash of Amy Winehouse, the UK-born vocalist is acclaimed for her rich timbre and broad vocal range. Her charismatic engagement with the audience is exhilarating.