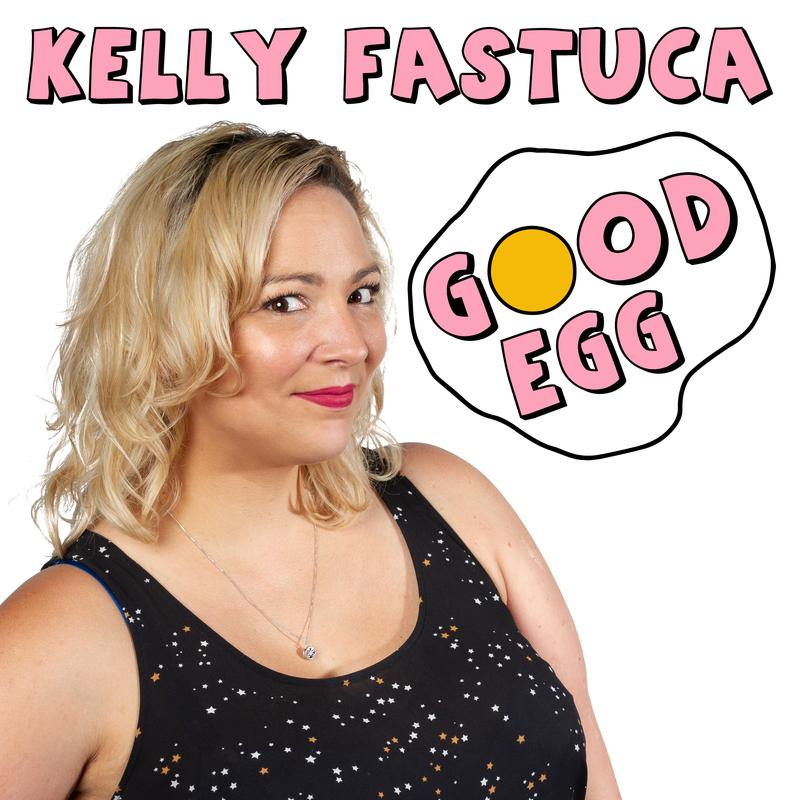 Stand-up stalwart Kelly Fastuca presents a hilarious and revealing new hour about what to expect when you're not expecting.

Kelly is a good egg - and thank god for that, because she needs to produce a few. But don't feel bad for her - needles are fun! Good Egg is a fun and fast-paced show about dating disappointments, egg harvesting and fried chicken from one of Melbourne's brightest and bubbliest comedians.

Good Egg is the latest hour from Kelly Fastuca, a comic and podcaster who returned to Australia in 2016 after six years of working the circuit in New York City, where she played rooms such as The Comedy Cellar, Fat Black Pussy Cat, The Stand, Stand Up New York and Carolines. She’s a regular on the Melbourne scene and has guested on live shows such as Frocking Hilarious at the Athaneum and Geraldine Hickey’s That’s My Show. She is also the host of the outrageous, cult hit podcast Worst First Dates.

Kelly has worked on TV shows such as Rosehaven (ABC), The Logies (Channel 9) and Out Of The Question (Channel 7), guested on podcasts including Don’t You Know Who I Am?, I Love Green Guide Letters, and Keith and the Girl (USA), and appeared on triple j’s Matt and Alex.