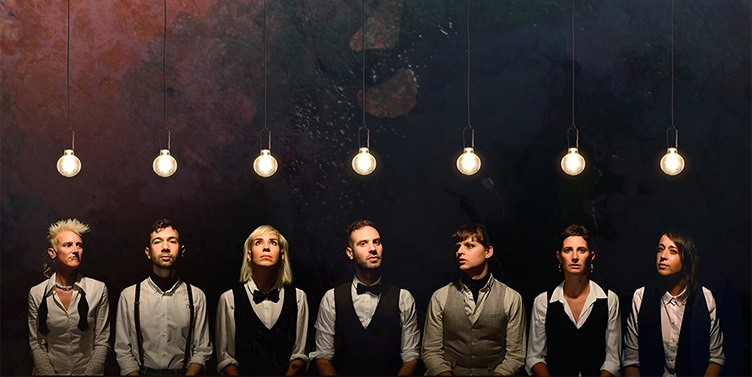 More than 200 of the hottest shows in the FRINGE WORLD 2020 program are on sale now after an exciting second round of Early Release tickets available from today!

Western Australia’s most popular annual event FRINGE WORLD has released 100 more shows weeks ahead of the November 14 reveal of the full 700-plus event bumper program.

Fringe lovers were treated to the first round of Early Release on October 17, which included highly anticipated hot ticket items such as feel-good show The Choir Of Man making its FRINGE WORLD debut and the celebrated return of award winners and powerhouse female circus performers YUCK Circus.

The final Early Release tickets are now available to even more astounding talent and high energy shows including returning favourites and brand-new acts across the popular Hubs, such as everyone’s favourite Fringe playground The Woodside Pleasure Garden and the Fringe Hub in a castle, Girls School.

FRINGE WORLD gratefully recognises the support of its partners including Principal Supporter Lotterywest; Government Partners The Department of Local Government, Sport and Cultural Industries, the City of Perth and Tourism WA; and Principal Partners Woodside and Gage Roads Brewing Co.

The 2020 FRINGE WORLD Festival will be held from 17 January to 16 February at more than 150 venues across Perth and wider WA.

Show Highlights in Early Release Round 2

Shows listed below are all available in the second Early Release from 24 October. Contact the Festival Publicist for the full list of Early Release shows.

The perfect place to enjoy the balmy summer nights with friends or family is in Perth’s favourite Fringe playground The Woodside Pleasure Garden. You could spend hours here in 2020 and be captivated by three generations of incredible circus women in Casting Off in the popular De Parel Spiegeltent venue and witness award winner Stuart Lightbody’s astonishing return with his latest show No Hero with Stuart Lightbody.

Kids will get a kick out of the Fringe Kids program with plenty of fun shows and roving performers, particularly with the spectacular stunts and crazy circus tricks on display in the high energy 3 Speed Crunch Box Rebooted.

Check out FRINGE WORLD’s oldest/newest Hub Girls School, which in 2020 will be the Festival’s second-largest hub and host to a huge range of shows. There’s brand new shows such as the epic one-man show Thunderstruck, fresh from its award-winning run at the Edinburgh Fringe earlier this year, or the thought-provoking stage spectacular James Hancox: 1000 Great Lives. One of the favourites of 2019 makes its big comeback in 2020 so be sure to grab tickets to the unscripted, improvisational and completely hilarious Sense and Spontaneity.

Venture over to the Happy Hub The Ice Cream Factory for some sweet comedy treats and more shows than ever before! From the creators of BLANC DE BLANC and LIMBO is Happy Times Hotel: Featuring Heather Holliday, Reuben Kaye and a host of daring deviants. Leave the kids at home for this one because things are sure to get a little nutty over at Puppetry Of The Penis, which features a collection of the “best bits’ of the hugely popular shows that causes everyone to burst out laughing while they blush.

Fringe Central is the place to go for a complete change of pace if you are feeling adventurous. Creators Darkfield turn the lights off for both Flight and Séance, which are completely immersive, spine-tingling, mysterious and thrilling experiences.

The major Hubs are not the only places in Perth to get in on the Fringe action – shows can be found in all corners of the metropolitan area! Anyone who has ever been on a date will get a laugh out of Single at Fremantle Comedy Factory, hosted by two of Perth’s favourite comedians Jon Pinder and Simone Springer who will dish out (bad) relationship advice. Cat lovers can see the purr-fect premiere of Cat Concerts in Subiaco, where you can have a coffee and cuddle a rescue kitten while Australian Baroque music plays.

The best way to experience the Festival is by becoming a FRINGE WORLD Friend!

Friends can buy FRINGE WORLD show tickets before everyone else in the Early Release.

Alongside getting access to the Early Release tickets, Friends also get 30% Friends Frenzy discounted tickets to a big range of shows, insider tips, new and improved exclusive benefits plus year-round special offers.

Last year Friends saved on average $70 off show tickets just by being a Friend.