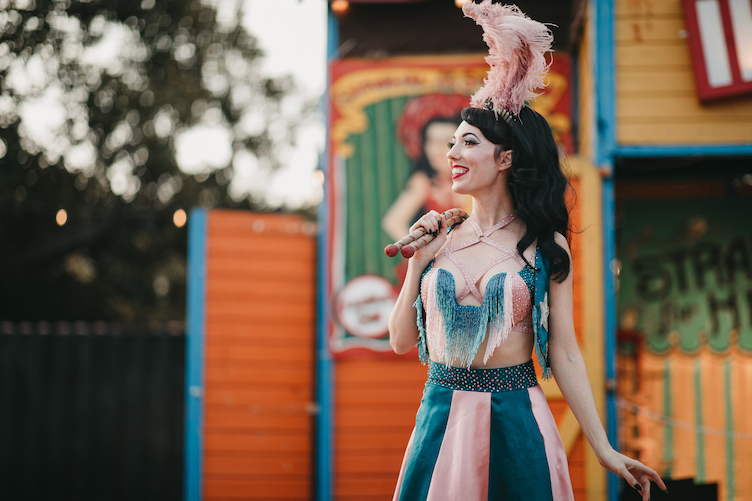 ARTRAGE CEO Sharon Burgess said that particular highlights from her first twelve months with the organisation include launching the new Fringe hub at Girls School in East Perth, enjoying incredible movies at the stunning Rooftop Movies location in Northbridge and working alongside the ARTRAGE team to deliver audience-growth programs.

“For over thirty years, ARTRAGE has developed and presented numerous key cultural events and festivals that enrich and evolve the culture of WA and it is my pleasure to launch this Impact Report and share the results and feedback from our extensive surveying,” Ms Burgess said.

“FRINGE WORLD is one of the largest avenues through which Western Australians actively participate in the cultural life of the state, and it is the primary way that ARTRAGE contributes to our community cohesion, arts engagement, city vibrancy and civic pride.”

Based on an 18/19 Annual Report analysis conducted by Business News; in the State arts and cultural landscape ARTRAGE currently ranks 1st for operating revenue and 2nd for total patron engagement (behind the State Library). FRINGE WORLD is the largest activity that ARTRAGE presents, and the annual Festival is recognised as the third largest Fringe in the world.

The 2020 FRINGE WORLD Festival recorded 722 events at over 150 venues spread across Perth City and other metropolitan suburbs and regional towns in WA. Attendance at ticketed and non-ticketed events topped 820,000.

“Despite the heartache of COVID-19 I am grateful to work for an organisation that presents an essential part of our community’s summer calendar, and now more than ever, our community needs the Festival as a light at the end of the tunnel following the depression of COVID-19. 2021 will be the Festival’s 10th birthday and we are looking forward to celebrating with the whole community and for FRINGE WORLD to be a key stimulator for the revival of WA,” said Ms Burgess.

FRINGE WORLD Festival Director Amber Hasler said that the value of FRINGE WORLD cannot be summed up solely in terms of economic terms, although it punches well above its weight in that regard.

“We value the opportunity to review the feedback from artists, venues and customers each year. It reinforces the significance of what we are offering to the WA community; from vital performance opportunities for emerging and seasoned artists, to giving access to low-cost tickets for audiences, many of whom are giving arts a go for the first time at the Fringe,” Ms Hasler said.

“We are so pleased that box office payments to artists and arts companies totaled $9.4 million for the 2020 Festival and feedback from our artists is that financial rewards is one of the reasons they participate, alongside engaging with a new audience and to develop their work.”

For every $1 invested by the WA state government into FRINGE WORLD, $68 was stimulated and spent in the local economy with 2,214 FTE jobs being created through this activity; a terrific result for the Festival and the state.