Chatting with the Hairy GodMothers

Thu, Jan 27 2022
We chatted with the amazing artists behind Dizney In Drag: Once Upon A Parody. Find out their true thoughts about all things Disney! 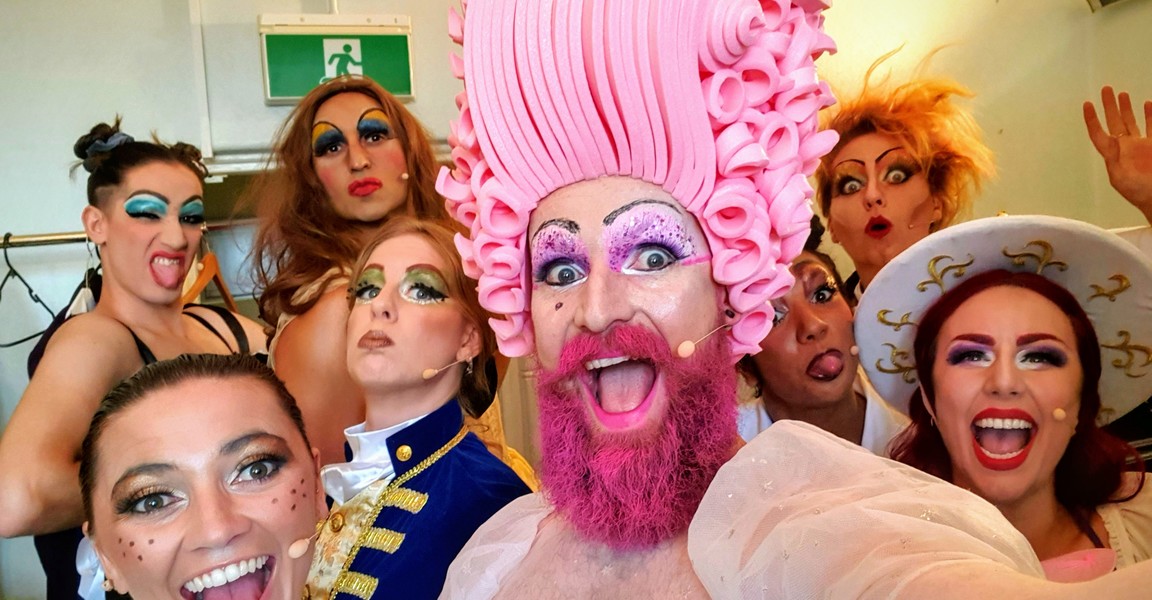 If you could only pick one Disney villain to perform as, who would it be?

It's got to be Jafar. He's probably our show personified. Twisted, ambitious, tantalising, and arousing in the most confusing way. Throw in a bit of Genie for some fun factor too.

What is your all-time favourite Disney movie?

This is a topic of hot, heavy, and endless debate in our troupe. It's a question that may remain unanswered until the end of time.

What is your favourite Disney song?

Haha please. That would be like picking your favourite child.

If you could walk in the shoes of one Disney princess for a day, which would you choose and why?

As much as magical carpet rides and pet tigers (Jasmine) and running out in nature barefoot, talking to animals and having sweet animal sidekicks (Pocahontas and Mowgli) would be... Walk? No thank you honey I'll swim with my mermaid tail! ...but then again John Smith was a bit of alright...

Do you think the newer Disney movies are better than the classics?

We like the direction they're taking these days, foregrounding friendship and sisterhood (Moana and Frozen), and mental health (Inside Out), over the whole "one true heterosexual love" and "damsel in distress" business of old. BUT we're 90's kids, so it's hard to go past the classics! - and the music of the old films is far superior.

What is your most controversial Disney-related opinion?

The Little Mermaid should NOT have ended up with some trash human. Instead of trading her delicious singing voice for some loser she should have stayed in the sea and got some tasty shirtless merman hunk. Don't change for no Prince sweetie. Also... Robin Hood is the hottest Disney Character.

Would you rather play the princess, the fairy godmother, or the villain?

The Fairy (Hairy) Godmother any day! Magical powers, omniscience, and the freedom to act for the good of others.

What would you want your Disney princess power to be?

Magic hair, but instead of just growing really long (boring), I'd make it grow into the perfect wig, and make my eyebrows disappear so we didn't have to spend an hour getting into Drag makeup every day. That would be real magic. Or maybe being a sorceress and having a magic mirror on the wall which told me the truth would be pretty magical.
"Mirror Mirror on the wall, who is the finest Fringe show of them all?"
"Why, Dizney in Drag: Once Upon a Parody of course! YAAAAAS, QUEEEEEEN!"

Don’t miss out on this epic variety show this Festival. Check out Dizney In Drag: Once Upon a Parody here.