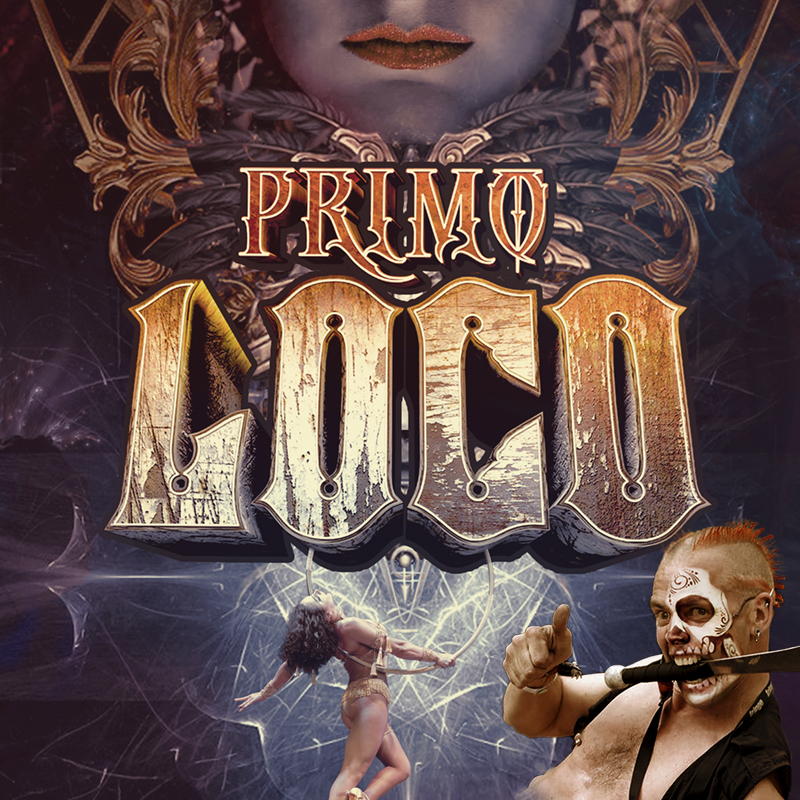 Primo Loco, the crazy cousin of ★★★★★ Fuego Carnal. Witness what happens when this smash hit goes 18+! What fire is to Fuego, laughter is to Primo Loco; add incredible circus skills, set the line at impossible heights and you have this new World Premiere. Treat yourself to a late night wonder and enter the crazy world of Primo Loco. Presented by multi-award winners Dream State Entertainment, this is a 2020 Fringe do not miss!

Dream State Entertainment (AKA Dream State Circus) has brought light to the eyes & smiles to countless faces. Husband & wife team Jacob & Sophie McGrath began Dream State Circus in 2000, born out of a love and obsession of the accessible, non-discriminative art of street performance & improvisational comedy. 20 huge years later, over 4000 performances in almost 40 countries, their art has taken them to some of the biggest festivals on the planet; Glastonbury, Edinburgh, Toronto, many gaining them international awards & recognition. They relish working in some of the most amazing venues globally & some of the most humble. Innovators of new world entertainment, creating the real, powerful, exceptional and rare in all its forms is their true delight & their passion is enchantingly tangible.