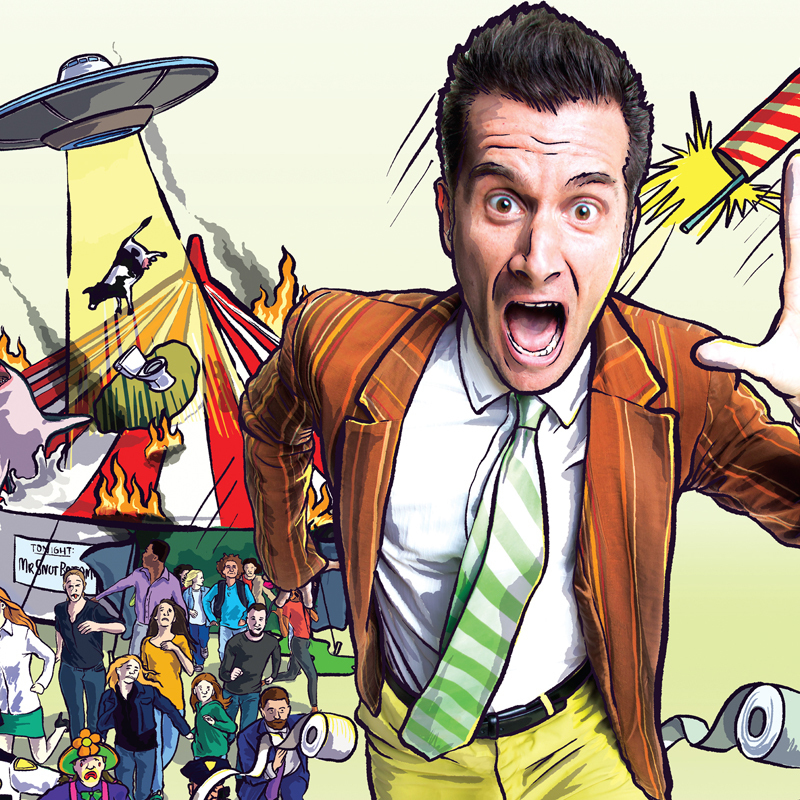 He's The Willy Wonka of Weird, The Prince of Putrid, The King of Kids Comedy, it's the disgustingly distasteful Mr Snot bottom! Returning by popular demand in a Brand-New show, Mr Snot bottom has promised a beautiful, elegant & polite piece of performance...Expect a horrendous hour of the most appalling acting, stupidest scripts, just-dumb dialogue, pathetic pantomime & thoughtless theatre in a putrid performance of horrid humour, that will make you absolutely, utterly...adore every minute! Nominated Best Children's Event at FRINGE WORLD 2018, Mr Snot bottom returns with his unique "multi-generational comedy for all" ★★★★★ Glam Adelaide, 2018 "all the best elements you'd hope for in kids' entertainment" ★★★★ Kiddo Mag, 2019 "will leave you smiling from ear to ear" ★★★★½ Hifi Way, 2019.

Mark Trenwith is an Australian based stand-up comedian whose physical and clownish style has seen him earn many Australian film and TV projects including 'Peaches' starring Hugo Weaving and a major role as super-hero ‘Bounce-Back Man’ in ABCTV's children’s program 'Being Me'.

Mark has also performed various stand-up shows across the Melbourne Comedy Festival, Adelaide and Edinburgh Fringes as well as many children’s theatre shows including 'Thomas The Tank Engine and Friends' and 'Ben Ten The Live Experience.'

Mark also appears regularly as ‘Captain Starlight,’ a super-hero who entertains ill children at the Royal Children’s Hospital and is a previous Adelaide Comedian of The Year Winner and Melbourne Comedy Festival Moosehead Award recipient.