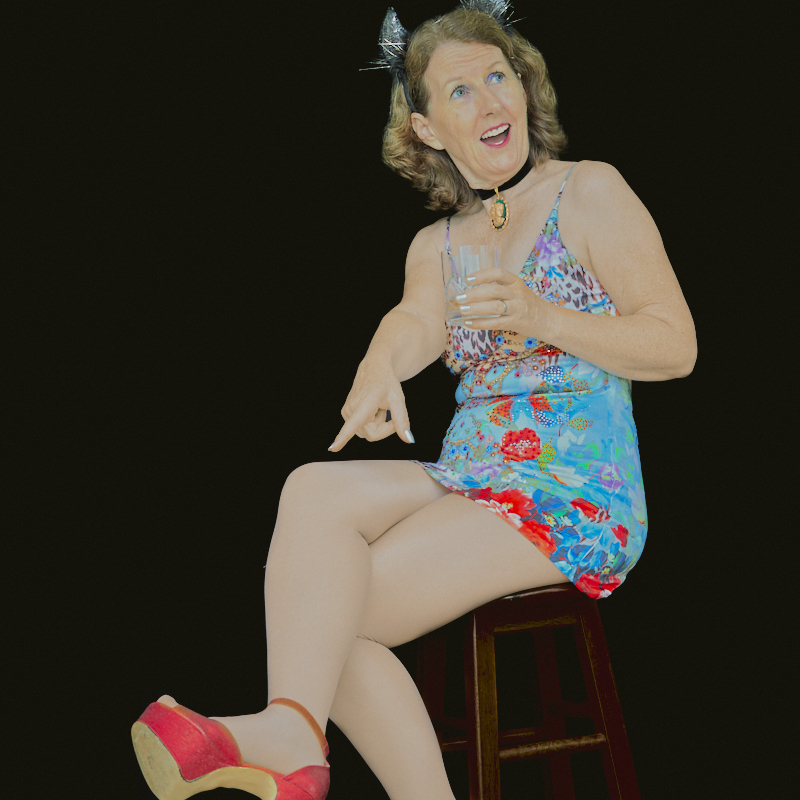 Presenting its Australian premiere at FRINGE WORLD this show features a bunch of songs previously sung by (& mostly written by) the late, great Kirsty MacColl which I will perform as part of my tribute to her musical legacy.

For some of the songs I will accompany myself on guitar; for others I will be accompanied by my 'band in a stick' -- having recorded a total of 23 Kirsty songs over three CDs, all professionally recorded & produced using professional musicians & backing singers, I am lucky enough to have perfect backing tracks for the songs that need a little more 'oomph!'

Some of the songs included were only issued on singles &/or compilation albums & have been chosen to showcase the diversity of Kirsty's talent -- a brilliant singer/songwriter/performer taken from us far too soon.

Having studied piano & music theory at school in the UK I then learnt some simple guitar chords, playing quietly to myself. It wasn't until the early 'noughties' having moved to the Tropics of North Queensland that I finally unleashed my hobby onto an unsuspecting public. Since then I have produced several of my own shows & performed at various gigs in Australia and occasionally in the UK. I have been fortunate to have received mentoring in the recording studio from internationally renowned musician/album producer Nigel Pegrum & to have received voice coaching by the equally fabulous Wilma Reading. My genre is mixed, from love through pop to adult humour, drawing on some of my favourite music heroes such as Paul Kelly, Billy Connolly & Leonard Cohen plus, of course, Kirsty MacColl.