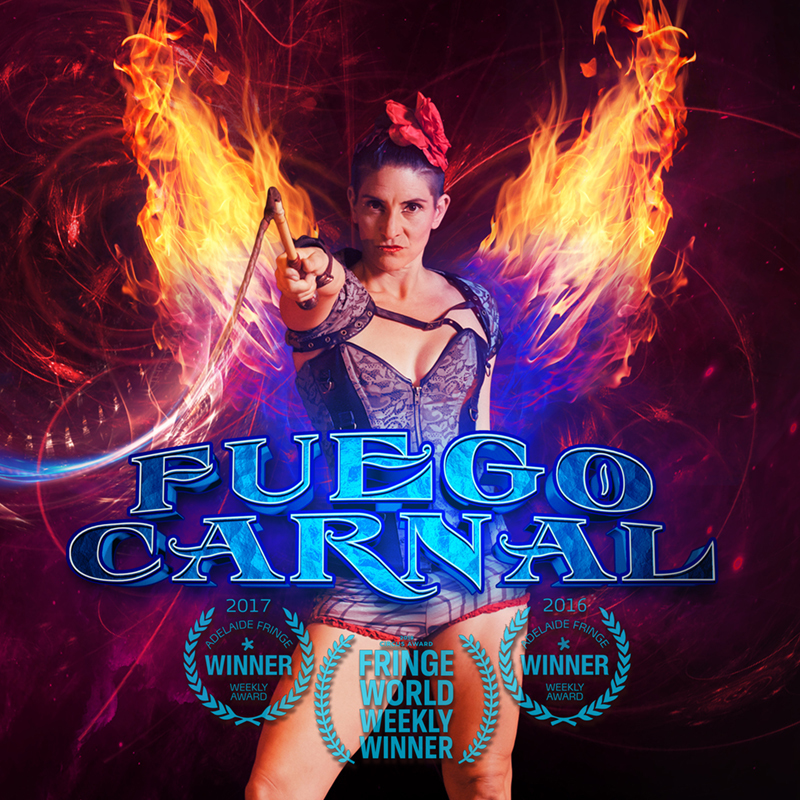 This show contains live flame, and audience members may experience short bursts of intense heat from fire use.

2019 saw a sell out season, winning awards and the hearts of those who saw this high octane spectacle of "wild stunts, exotic beats, & mesmerising flames, packed full of magical jaw-dropping moments, fueled by sensual choreography and a wicked sense of humour ★★★★★" Scenestr, 2018

Fuego Carnal is spectacle of record breaking phenomenal high risk arts and is back at Fringe World with a mix of crowd favourites and new talent. The hottest show at Fringe, just got cooler, so come see how and why this show is dubbed "An absolutely don't miss out, must-see show." ★★★★★ Rip it UP! 2018

Dream State Entertainment (AKA Dream State Circus) has brought light to the eyes & smiles to countless faces. Husband & wife team Jacob & Sophie McGrath began Dream State Circus in 2000, born out of a love and obsession of the accessible, non-discriminative art of street performance & improvisational comedy.
20 huge years later, over 4000 performances, in almost 40 countries, their art has taken them to some of the biggest festivals on the planet: Glastonbury, Edinburgh, Toronto, many gaining them international awards & recognition. They relish working in some of the most amazing venues globally & some of the most humble.
Innovators of new world entertainment, creating the real, powerful, exceptional and rare in all its forms is their true delight & their passion is enchantingly tangible.