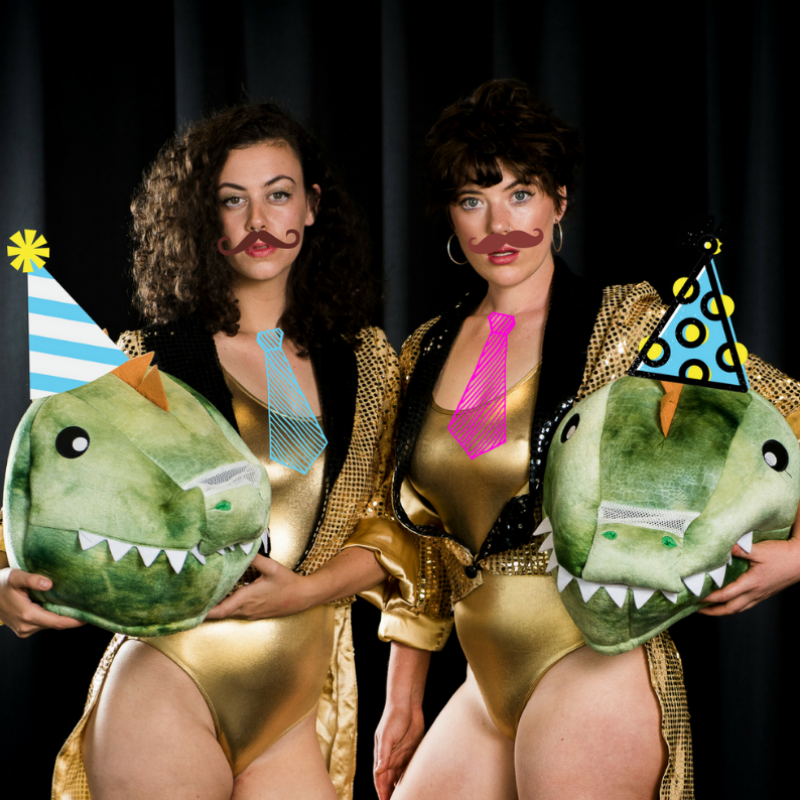 "Sweaty Pits are on a f*king mission to pussy whip you into seeing the world with their unique brand of chaos and teach you a f*king thing about equality on the way." Sydney Arts Guide.

Frankie McNair and Miriam Slater wrote their first sketch together in 2016, after which they decided to combine their true loves (comedy and each other) and give birth to the sketch comedy duo 'Sweaty Pits'. Their writing is a cocktail of serious social issues and absurd comedy. They tackle the issues they hold dear to their hearts with a positive and energetic energy, leaving the audience with a belly full of laughs as well as a message.