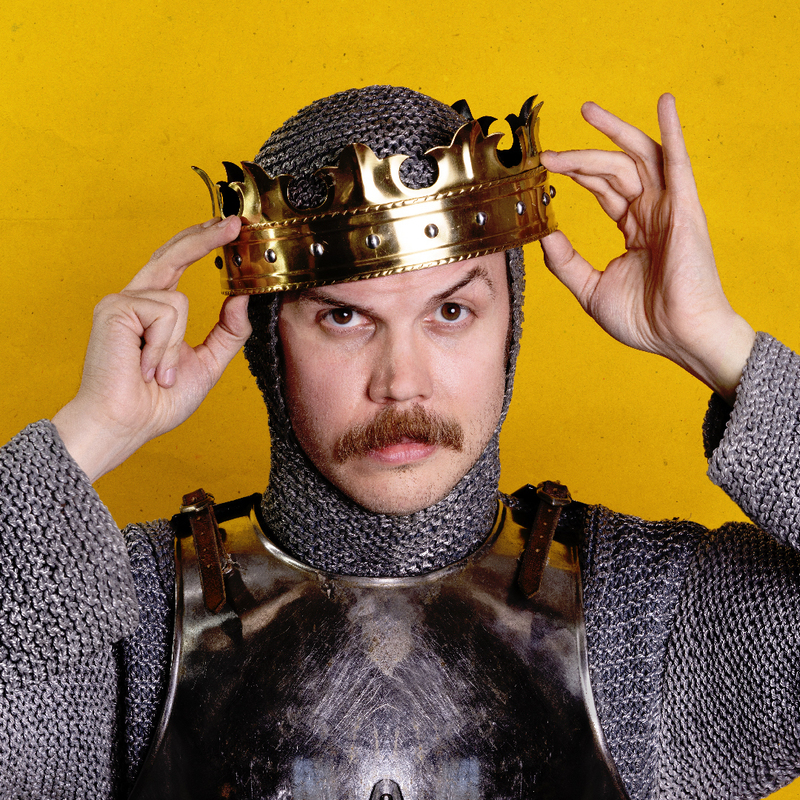 James returns with his most ambitious show to date -- an epic, thought-provoking stage spectacular celebrating the 1000 great lives that shaped history. However, with the cast missing, budget running low and doubts that he can count that many, he might have to think on his feet. Sketch, song and DIY props combine to create a show that -- if pulled off -- will be even better than War Horse. Star of 8 Out of 10 Cats Does Countdown and the award-winning Abandoman.
Nominated: Best Comedy, FRINGE WORLD 2018
★★★★★ Glam Adelaide 2019
★★★★ Adelaide Advertiser 2019

James is a comedian living in the UK. Entering the comedy world in 2010 as one half of award-winning duo Abandoman, James has played a whole variety of stages, from London Apollo to Glastonbury Festival to Brixton Academy.
He has appeared on several British TV and radio shows, including 8 Out Of 10 Cats Does Countdown and The Stephen K Amos Show and won Hackney Empire’s New Act of The Year and the Musical Comedy Award.
In 2018, James was nominated for the Best Comedy Award at Fringe World Perth and sold out shows at Edinburgh Fringe and Adelaide Fringe with his first solo show ‘Sports For The Unsporty’. He returned to Edinburgh in 2019 with '1000 Great Lives', selling out shows with his blend of one-man sketch, silly songs and DIY props.