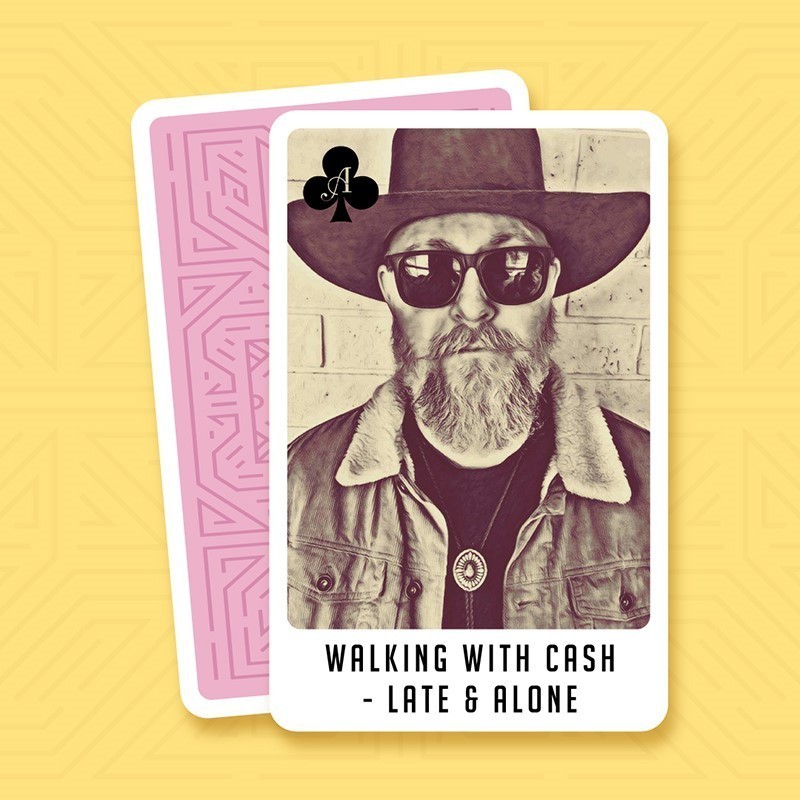 50 years ago Johnny Cash had a conversation with country music superstar Marty Robbins, where he said he always wanted to record an album called Johnny Cash - Late & Alone. Just his voice and a lone guitar.

This is what he told Rick Rubin before they made a deal in 1994 where Johnny Cash made his last 4 albums on American Recordings before his passing in 2003.

This show honours that intention. Join me Charlie Scott where I will be "Walking with Cash - Late & Alone".

Charlie Scott is an in-demand award-winning musician from Perth. Performing multiple venues weekly around town and regionally with his deep warm vocals, acoustic guitar & stompbox. Best known for his Johnny Cash renditions, alongside originals, he performs his own, unique versions of popular cover songs performing raw from the heart, provoking emotional responses from his audiences around the state.

Please note seating is arranged around cabaret-style tables but seats are not reserved. We can't guarantee all groups will be seated together so ensure you come early to get your preferred seats and that your entire group can be seated on the same table. For accessible booking information please visit the Perth Theatre Trust website. We recommend all accessible bookings are made at the venue box office or by calling Perth Theatre Trust on (08) 6212 9292.