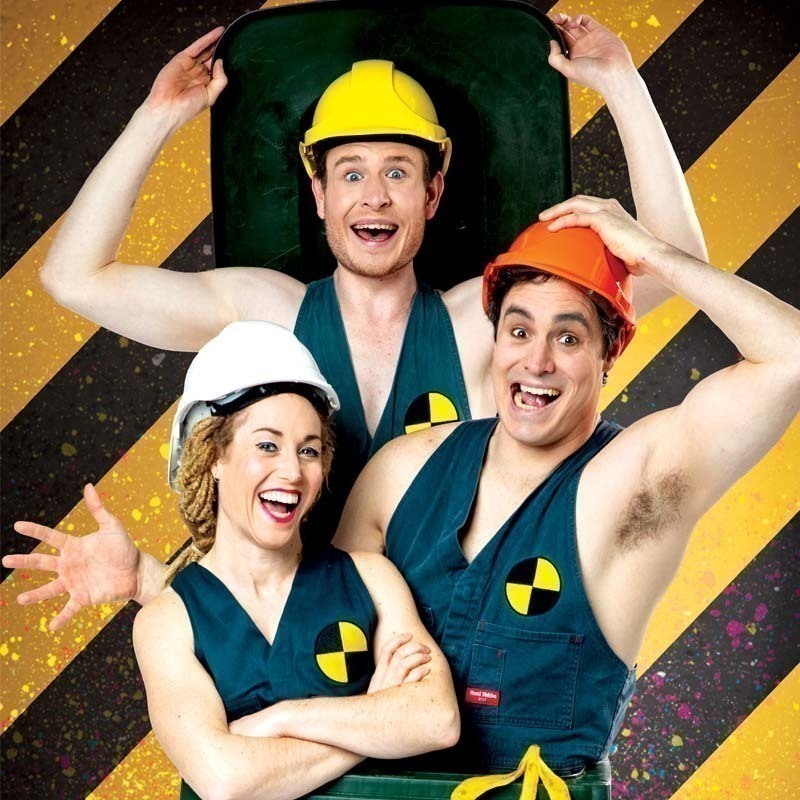 Best Children's Presentation winners at Adelaide Fringe 2016 and 2015, and runners-up for Children's Choice Award 2016, the Trash Test Dummies are as full of laughs as their bins are full of surprises. "Delightfully intelligent, highly entertaining" ★★★★½ Herald Sun.

With sell-out seasons and rave reviews at the Edinburgh Fringe, this sidesplitting slapstick routine takes household wheelie bins to new heights, and delivers a dump-truck full of hilarity! "Circus show perfect for families" ★★★★★ Edinburgh For Kids.

Nominees of the 2015 FRINGE WORLD Circus Award, and winners of the Gasworks Circus Showdown 2014, Trash Test Dummies is a family friendly circus show like no other. "Dungeree'd Dummies from down under create an adventure playground out of dustbins" ★★★★ The Herald Scotland.

Jamie Bretman, Jack Coleman and Simon Wright are highly skilled circus performers who created Trash Test Dummies in 2013 and have been touring nationally and internationally ever since. They have performed for sell out crowds and have been critically acclaimed in Australia, Asia and Europe winning a host of awards including the coveted Best Children's Presentation at Adelaide Fringe Festival 2015. The company are firm favourites on the Edinburgh Fringe Festival program each year and continue to delight fans young and old with their trademark blend of circus, comedy and imagination. Following the success of their show Trash Test Dummies they now have their new show Splash Test Dummies which is a water-themed action-filled adventure touring nationally and internationally to critical acclaim.