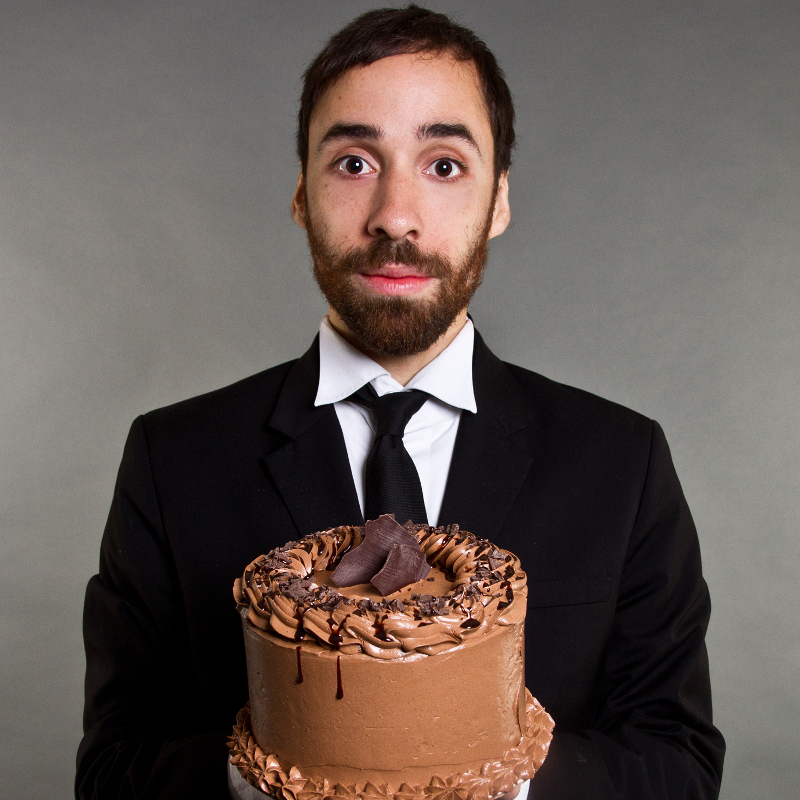 An absurd, theatrical parody of a funeral speech. Performed in 33 cities across 11 time zones, The Eulogy (Best Comedy, 2016 Adelaide Fringe) returns to Perth as it celebrates its 200th performance. "Death is sad, but The Eulogy is likely to make you cry with laughter." ★★★★★ Adelaide Theatre Guide, 2016. "delightfully bizarre ... The Eulogy is a Fringe experience not to be missed." ★★★★½ Glam Adelaide, 2016. "masterful ... If you like character comedy, this is your ticket." ★★★★ Herald Sun, 2016.

Michael Burgos is an internationally acclaimed writer and performer. He holds a Diplôme from École Philippe Gaulier (Paris, France) and a B.A. in Theater from George Mason University, where he received the Chris Parsons Acting Award, the Greenspring Players Scholarship, and the Outstanding Achievement in the Major Award. In addition to studying with theatre guru Philippe Gaulier, Michael trained with master teacher Dody DiSanto, a teaching protégé of the late Jacques Lecoq. Michael is a graduate of Washington Improv Theater’s Training Program and has studied at the Upright Citizens Brigade Theatre in New York. While at George Mason University, he was one of the founding members of the university’s improv troupe, the Mason Improv Association.