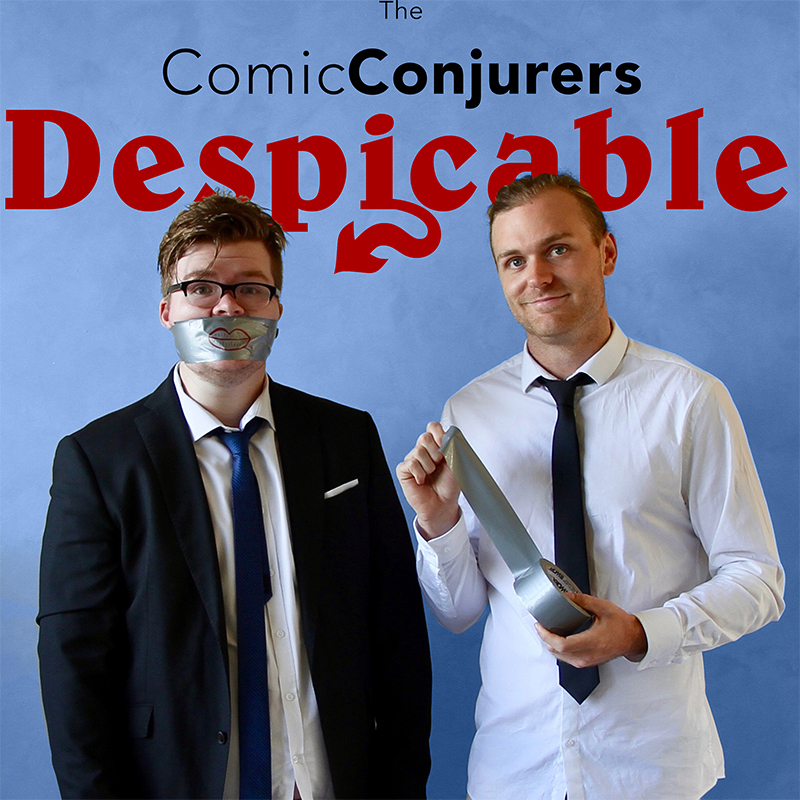 Corner Bar at The Windsor Hotel

If you think you know what to expect from a magic show, think again, this comedy magic duo are more likely to pull a hare out of their butt than a rabbit out of a hat. Lawson Reeves and Josh Staley are bound to make you laugh until you stop and have you saying "how the hell did they do that?"

You paid for an entire seat but you're only going to need the edge as this dysfunctional duo take you on a journey down the rabbit hole and into a world full of hilarious magic and disbelief. With a different ending every night, the show is more unpredictable than a US election.

"These guys take some big performance risks and they pay off". Weekend Notes, 2018.

"This is top draw magic by anyone's standard with a healthy serve of laughs on the side." ★★★★ The Funny Tonne 2017.

The Comic Conjurers, Josh Staley and Lawson Reeves are both highly decorated magicians and performers. Staley has won numerous awards and holds a Guinness world record, while Reeves is best known for his appearance on Big Brother in 2014 as the first reality magician.

Together they have sold out several festival seasons and gained high acclaim for their shows at the Melbourne Magic Festival and the Melbourne Comedy Festival along with being in high demand for private events.

Honing their craft, the duo have developed a unique style of magic that combines illusion and improvisation to create a wild yet incredible performance that incorporates their quick wit, humour and showmanship to bring audiences show they'll never forget.