She'll Be Right: A Tradie Cabaret 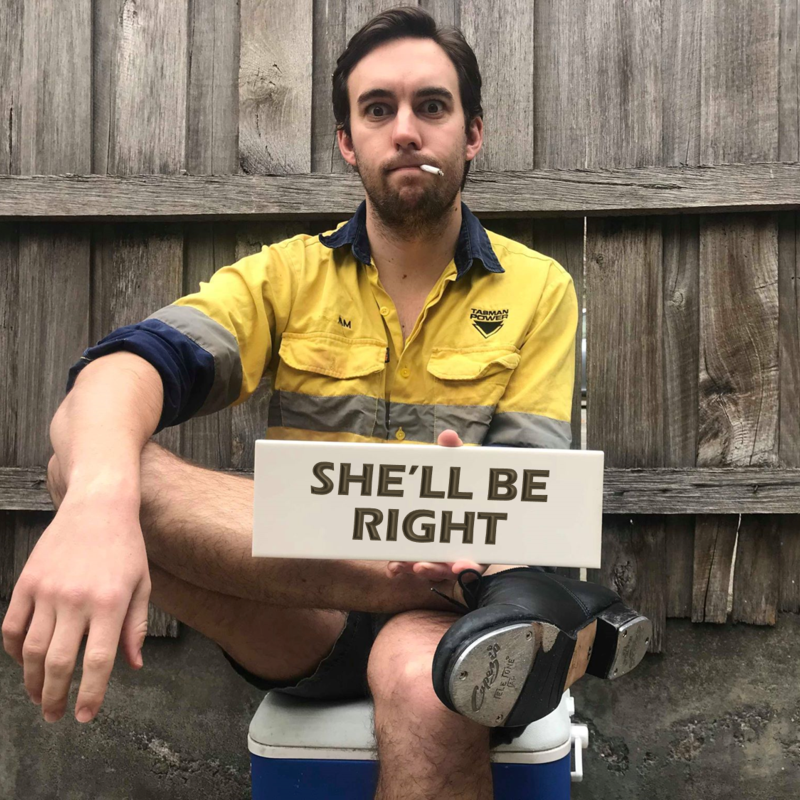 Russell 'Rusty' Bell isn't your typical tradie. Everyday he's fangin' out jobs left, right and f**king centre. Yet, underneath his Hi-Vis exterior beats the heart of a Broadway star!
WAAPA graduate Todd Peydo takes you on a magical journey from cement mixer to the perfect vocal mix. From rollin' darts, to a career in the arts, Rusty reminds us that you shouldn't judge a book by its cover.
This is a show for anyone who loves a good laugh, a musical number or two, or just a ripper of a night out at the theatre.
Love classic musicals like Oklahoma!? Love Aussie legends like Russell Coight? Then come catch this Russell at Girls School, you'll be kickin' yourself if you missed it!

Todd Peydo hails from Western Australia and is a WAAPA Music Theatre graduate. Before taking to the stage he was in the WA Police, Army Reserve and also did his fair share of trade hopping. Whilst at WAAPA Todd has had the privilege to play roles such as Jigger in Carousel, Roger in The Lord of the Flies and The Boatman in Sunday In The Park With George.