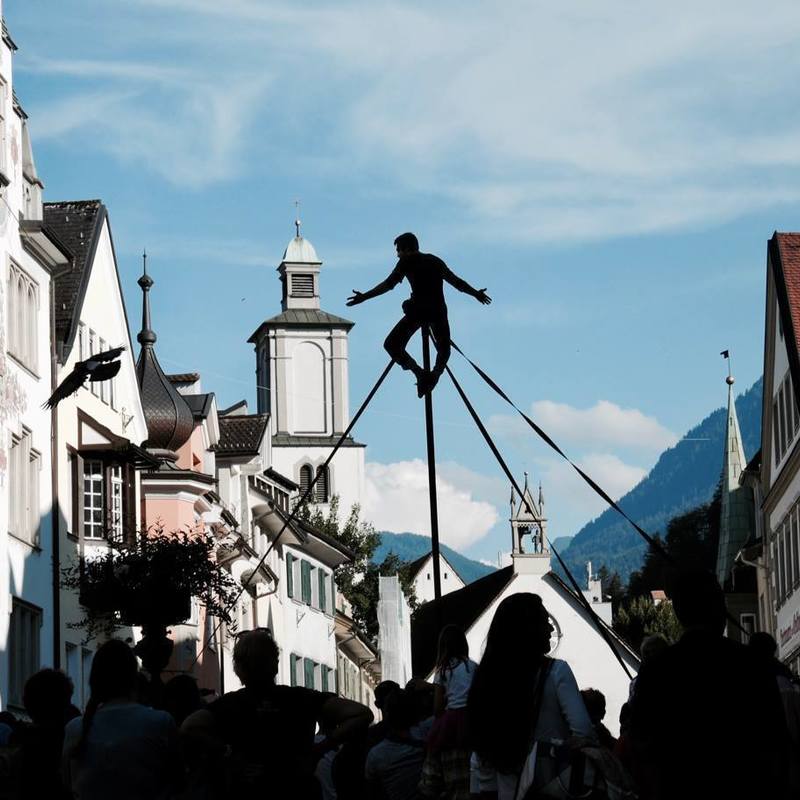 The artist, Miguel Rubio, with his Chinese pole together for 45 minutes to all public.

This show won the First Prize of Gentse Feesten in 2018, Ghent, Belgium.

Playground is a comical and sometimes absurd spectacle that reaches up to 6 metres in height. Miguel has been working in different companies, projects, and covering different scenarios. His desire to show the pole on the street lead him to invent this autonomic, because without the public it would not be possible. Come and witness this spectacle of Chinese pole artistry.

In 2005, in Madrid, Spain, Miguel Rubio started juggling which quickly became his way of life. Between 2005 and 2009 he took different courses of physical theatre, clown and magic with Miguel Armando, Hernán Gené, Gabriel Chame and Mar Navarro. In 2009 he began the school of circus Carampa from Madrid, where he specialized in Trapeze and acrobatic portés. At the end of his specialization, he made a tour of Europe with the show "Let me try" and in the autumn of 2012 he began technical training in the "Centre Regional de Arts du Cirque de Lille", specializing in Chinese pole. This experience led Miguel to win the first prize in the contest of Street Artists in Malaga in 2009. In 2015 Miguel created the collective Primavez. In 2018 Miguel won the First Prize of Gentse Feesten, Belgium.