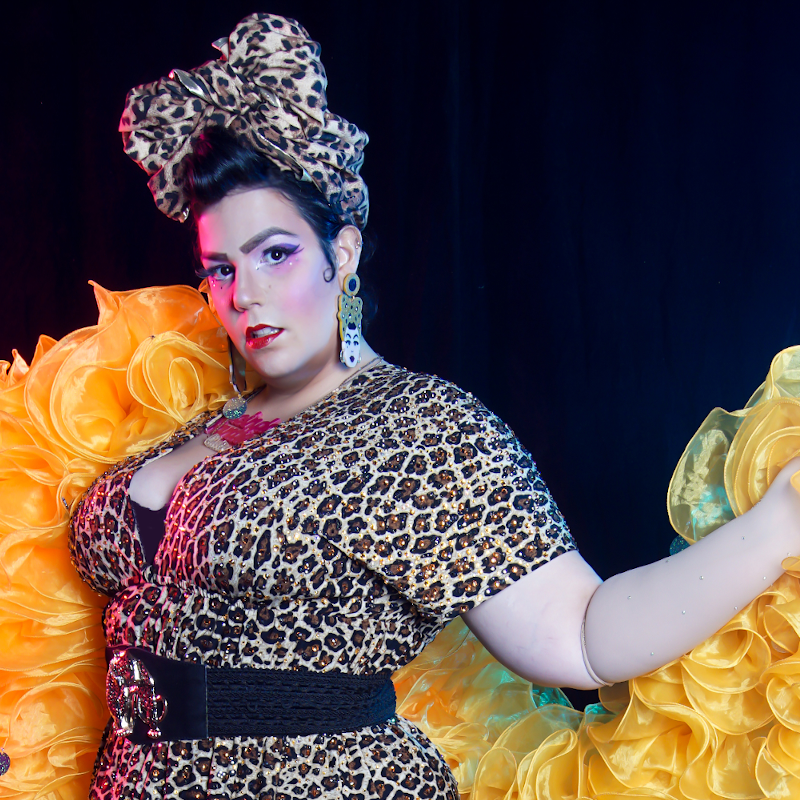 Think you know music? Think you have good taste? Think you'll be able to sit through this show without singing along? Well Lucinda Panties is ready to show you that thinking is for losers!

Lucinda has wowed crowds across the world, and she's bringing you along on her next jamboree journey. Get ready to explore the highs and lows of Lucinda's Super Funtimes Jamboree playlist and discover new favourites, old favourites, and plenty of highly invasive earworms - mmm, tasty!

BYO instrument, whether it's a ukulele or a trombone (but prepare to be unpopular if it's a trombone), and join in the fun with chords & lyrics provided, or just sit back and enjoy the antics as Perth's queen of cabaret takes the stage and challenges your understanding of music, taste, and appropriate use of a kazoo.

Sylvia Sippl is a Perth-based performing and visual artist and a regular on the FRINGE WORLD circuit. Apart from performing at FRINGE WORLD each year since 2012, Sylvia has a rich background as a musician, host, visual artist, comedian and all-round cabaret weirdo, having performed across the world including at Fairbridge Festival, Salzburg Cathedral, Busselton Fringe, London's Barbican, City of Perth's New Year's Eve Countdown, a hen's night in Gosnells, Perth Concert Hall, and so much more. Confused? So is she!

No stranger to the stage, Sylvia often performs as her alter ego Lucinda Panties, including in award-winning productions by Perth's own Azure Entertainment and Lady Velvet Cabaret.