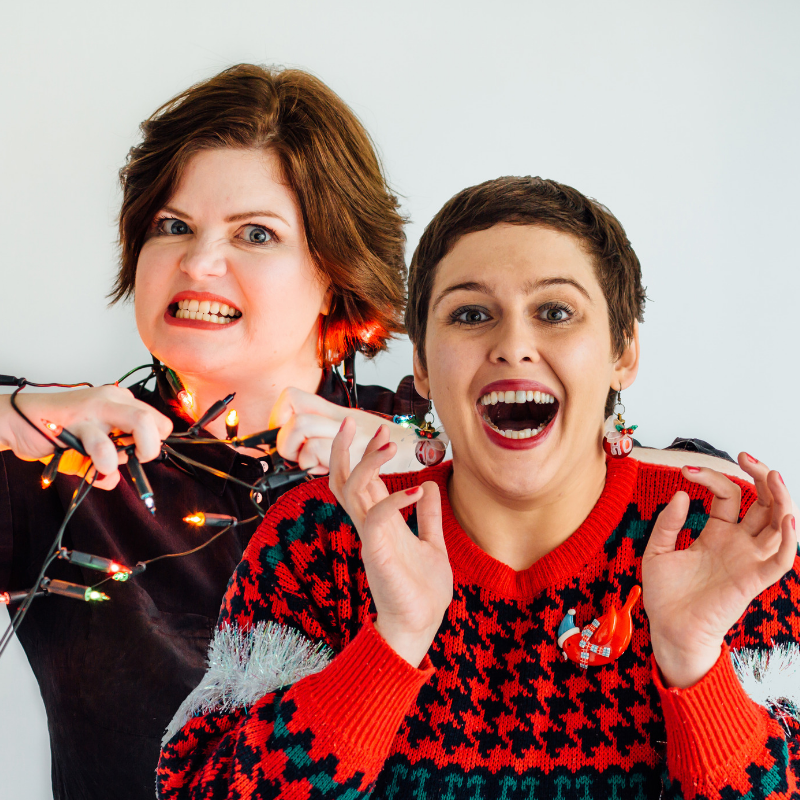 Amy loves it. Natalie hates it. Who's right?

Amy thinks the film Love Actually represents everything good about the human experience of love. Natalie believes it's unrealistic and manipulative crap.

These two long-time creative collaborators are staking their friendship on the ultimate test -- an audience vote.

What will you decide?

"If you love or hate 'Love Actually', you will love 'Love/Hate Actually'." Tony Martin, Comedian