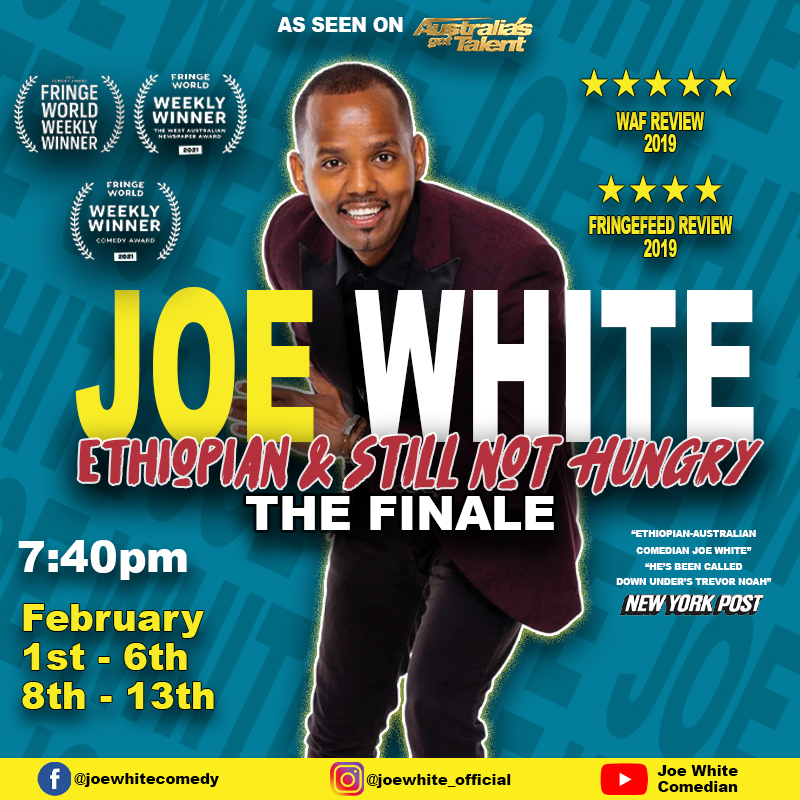 The Parlour at The Pleasure Garden

As seen on Channel 7's Sunrise, Australia's Got Talent, ABC TV, and heard on national radios, Joe White is back with a bigger & better show!

A FRINGE WORLD award winner alongside Tom Gleeson & Tim Ferguson in 2019, Joe White is also a winner of the FRINGE WORLD Best Comedy Weekly Award three years in a row and recipient of the WA newspaper comedy choice award 2021, Joe has been called "Down Under's Trevor Noah" New York Post, 2017.

A regular on the Australian comedy circuit, he toured North America and was selected as one of the top six comedy shows to watch alongside American superstar Chris Rock in a Postcity Toronto article, Joe White is an act not to be missed!

"His delivery is so relaxed that you can't help going with his flow." Herald Sun, 2017

Tilahun Hailu also known as Joe White is a stand-up Comedian and Producer. A regular at Perth FRINGE WORLD this would be his 5th appearance! Tilahun's shows always sell out and the reviews have been fantastic. The spaces he creates with his team for punters to come and enjoy themselves are very inclusive, lots of laughs and award winning. Come say hi and make a night of it!

Greatest of all time
17