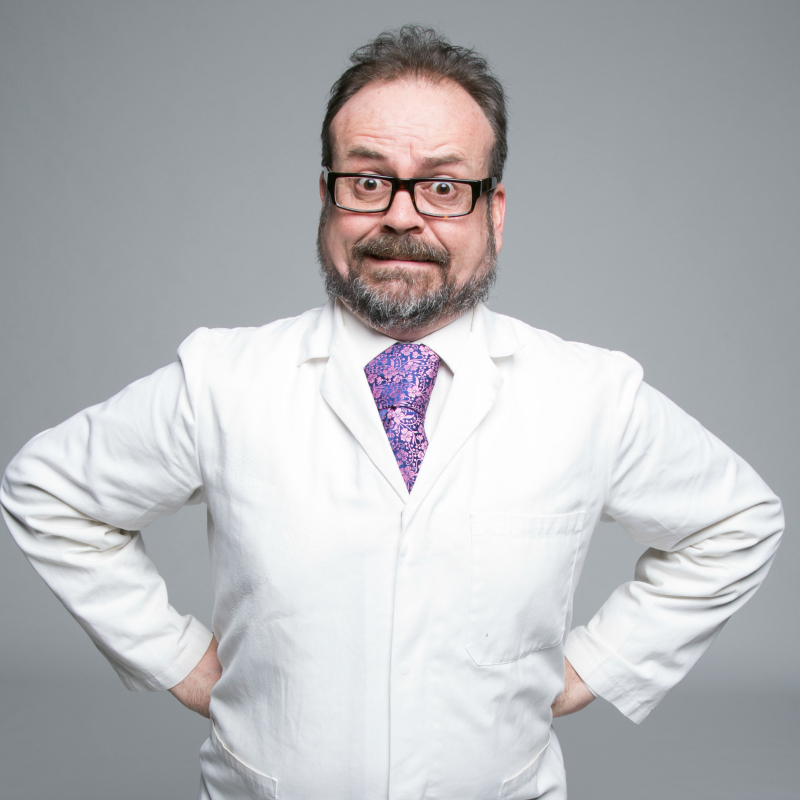 Arena at The Aberdeen Hotel

They say 3rd time's a charm, so Frank Hampster returns to the festival with the 3rd installment in the FartLab family fun series 'Following Through'. Thanks to the latest flatulence research at Oxfart University, Prof Frank will regale his young professors and their families with more science, more fun and games, more prizes and most importantly, MORE FARTS!

Come and find out if he really did 'Follow Through' or if he was just touching cotton! Be amazed at the results of various farting experiments, including reversing the aging process through methane cell stimulation, and if you fart in a vacuum can you hear it or just smell it? And the answer to the age-old philosophical and theological question, why does God put odour in farts?

Frank Hampster is a renowned and critically acclaimed Melbourne based comedian. Known for solid reviews and sold-out shows. Frank has a reputation for cutting edge satire and driving social change. Having served in the Army for 10 years, Frank Hampster now tries his best to awaken people to the ills of society through humour. Twice nominated for Best Comedy and FRINGE WORLD for the first 2 performances of his Cardinal Sins series and known all over for his smash hit FartLab, Frank never leaves his audiences unsatisfied. Frank brings new levels of emotion and reality to comedy lives by one inalienable truth, "If you want to tell people the truth, you had better make them laugh or they will want to kill you!" Oscar Wilde.