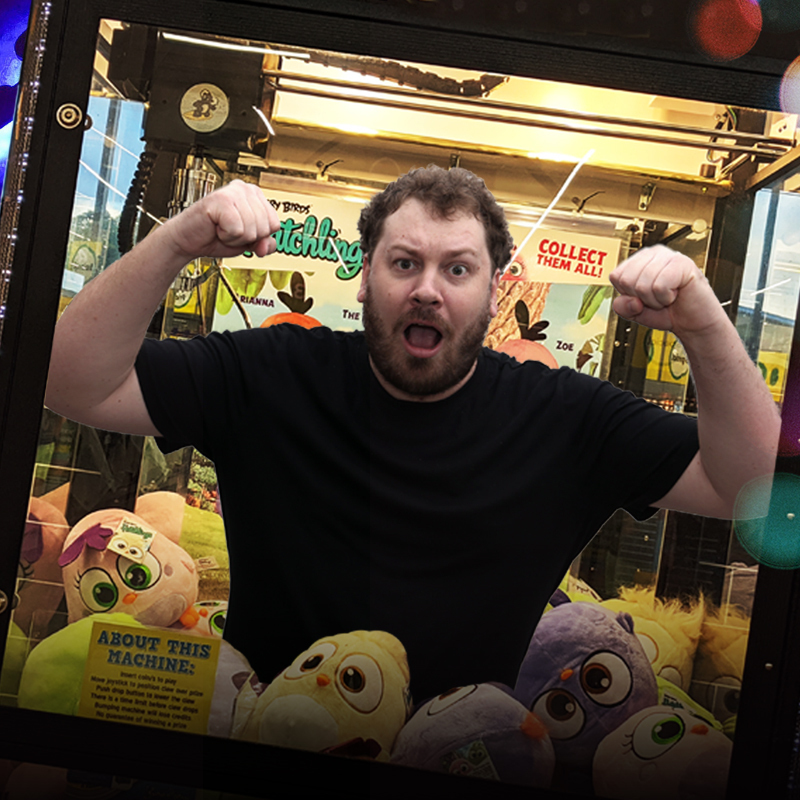 Science told us that the chimpanzee is the closest relative to humans. Science is wrong*! With hilarious tales and personal experiences, comedian Chris Martin will prove an irrefutable link exists between people and the popular arcade Claw Machine.

Chris' knack for storytelling comedy has made him one of Australia's most promising up-and-coming comedians.

Chris Martin is a comedian and a director of Big Fork Theatre, a Brisbane-based and award-winning comedy theatre. Chris has studied improv at the renowned iO Theatre in Chicago and has performed improv, sketch and stand-up comedy in several festivals like the Melbourne International Comedy Festival, Adelaide Fringe Festival and the Brisbane Comedy Festival. In stand-up, he’s supported the likes of Damien Power, Ivan Aristeguieta and Sam Campbell. Chris is one of the best storytelling comedians in Australia.