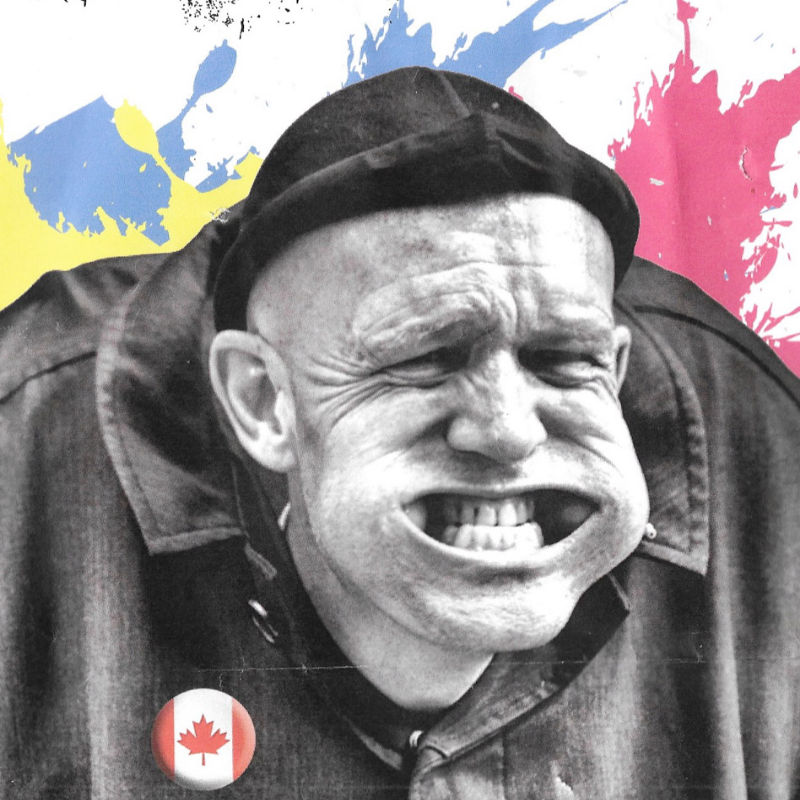 Under the Trees at The Woodside Pleasure Garden

Dado is back to thrill the masses with his hunchback antics. Nominated best Cabaret 2014 FRINGE WORLD! A fast family friendly show without barriers of language or culture for all humans looking for a laugh. "This ranks up there among the very best" ★★★★½ Tom Bowden, The Advertiser, Adelaide Fringe 2017.

He has been performing professionally under the stage name "DADO" for the past 21 years, with a repertoire of clown, magic and mime. Mostly self-taught in the arts of Vaudevillian performance, he has trained with the likes of Daniel Stein of the Juilliard School of Drama, Bob Burke, Jeff Raz of The San Francisco Clown Conservatory, and Tony Montanaro. His interest in performance began early inspired by Mr. Willard of Willard's house of magic and a job at The West Edmonton Mall. Since 1997, DADO has been performing and traveling the world through Europe, Australia, New Zealand, Canada, China, Korea, Japan and India.

This show is non-verbal and can be enjoyed by those that are hearing impaired.