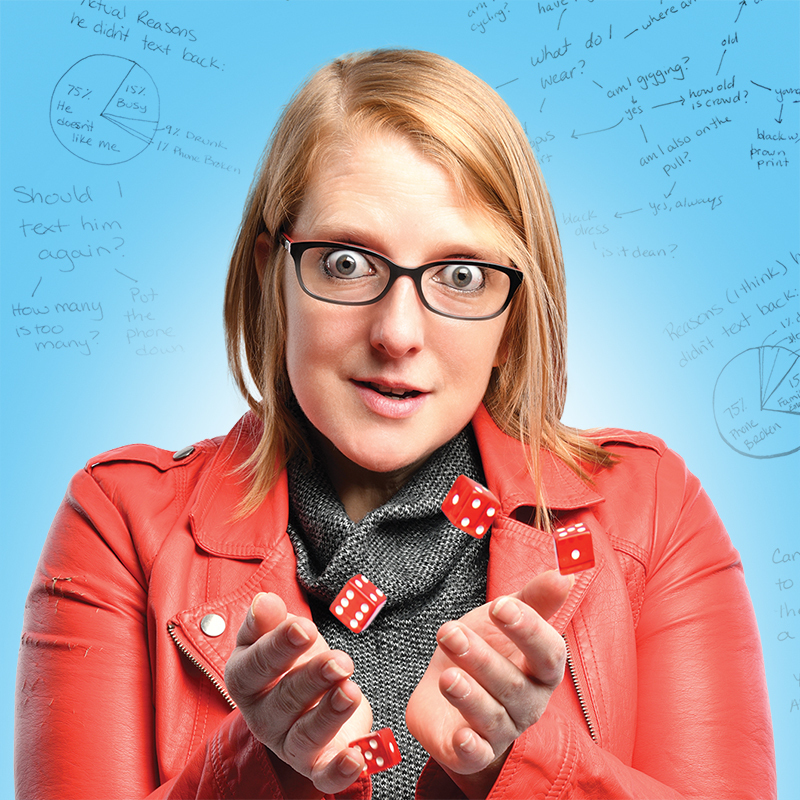 Good or bad, our decisions make us who we are. American comedian Robyn Perkins (★★★★ Voice Magazine) uses a series of hilarious personal anecdotes, family stories and neuroscience to come up with a well thought out decision for one anonymous audience member. This FRINGE WORLD debut is quirky, thought-provoking and fun, laced with a bit of science.

"10,000 Decisions mixes science with the trivia of life, offering a unique twist on your average stand-up hour" ★★★★ Edinburgh Festivals.

"For a brain-tickling evening, let the talented (and very clever) @robynHperkins teach you the neuroscientific implications of losing your girlfriend's gerbils. Brilliantly witty with some fantastic stories along the way. Highly recommend." ★★★★ Fringe Biscuit
"Excellent Show" ★★★★ Scots Reviewer

American comedian Robyn Perkins has been making people laugh across the globe since 2011. Her background in biology influences her ‘unfiltered’ comedy which combines science and real-life stories. Her “exceptionally charismatic” (Voice Magazine) persona is in high demand as she regularly hosts various clubs across London including Angel Comedy, Top Secret Comedy Club and Laugh Train Home.