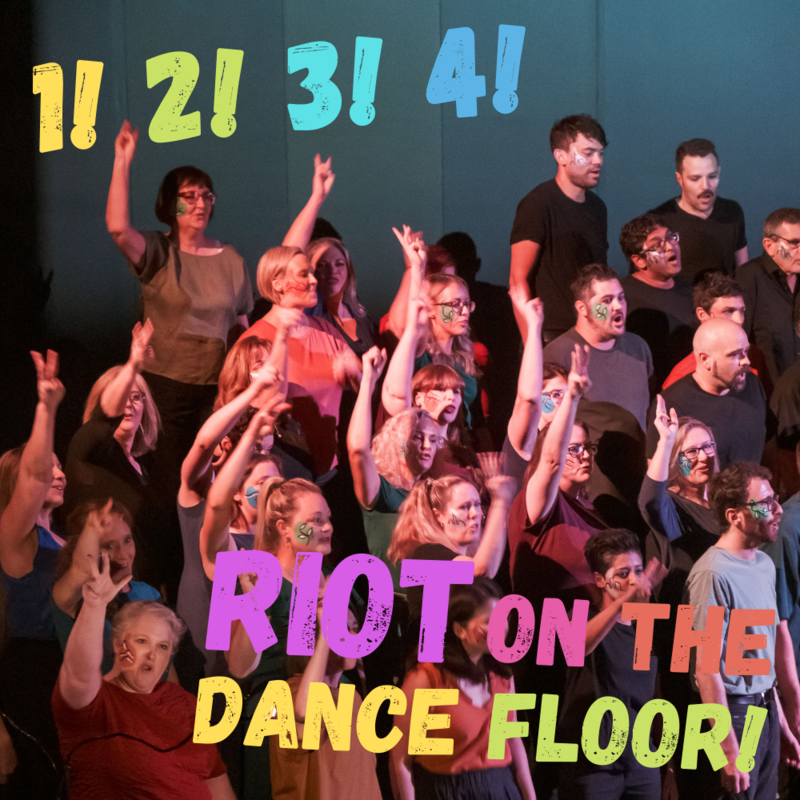 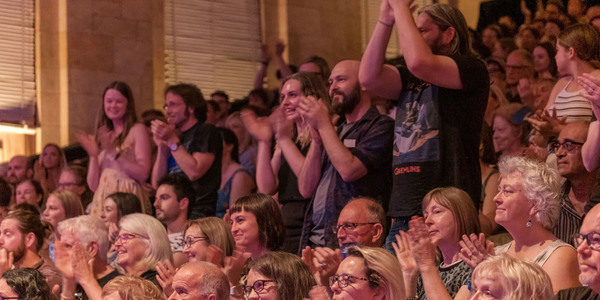 Wanna disco? Lose yourself to a dance party with a rebellious streak by Menagerie Choir! Perth’s beloved indie-pop songsters are keeping it tight with tunes to make you clap your hands, count to four, and start a riot. Muster up a little soft-shoe sway your own way: get down like a villain on the dance floor or sit back and float away into the shimmer light.

Whether you dance on the outside or the inside, we want you to stick it to the classy brass in your ugly pants, baby: we ain’t nothing but prisoners of society, so let’s dance up on them haters ‘til the walls come tumbling down. Energetic indie anthems that make you wanna groove and shout, in powerful choral harmony, with dynamic band accompaniment – not to be missed!

"Bold and brilliant" Fringefeed on Songs from a Distant Sun, 2020

A motley crew of misfits assembled. Some were kicked out of Year 4 choir, some were casual ukulele players, some were classically trained musicians, and some were ALL THREE. We became Menagerie, fine purveyors of bespoke arrangements and handcrafted harmonies, offering captivating choral versions of songs from artists Ben Folds to Beth Jeans Houghton, Jebediah to Josh Pyke, The Mountain Goats to Muse, and everyone in between.

Menagerie is known for pop up performances, flash mobs and sell-out FRINGE WORLD seasons. With high notes and high spirits, Menagerie takes its audiences by storm, but at heart remains a group of regular human animals who just love singing together in glorious harmony!

Greatest of all time
8