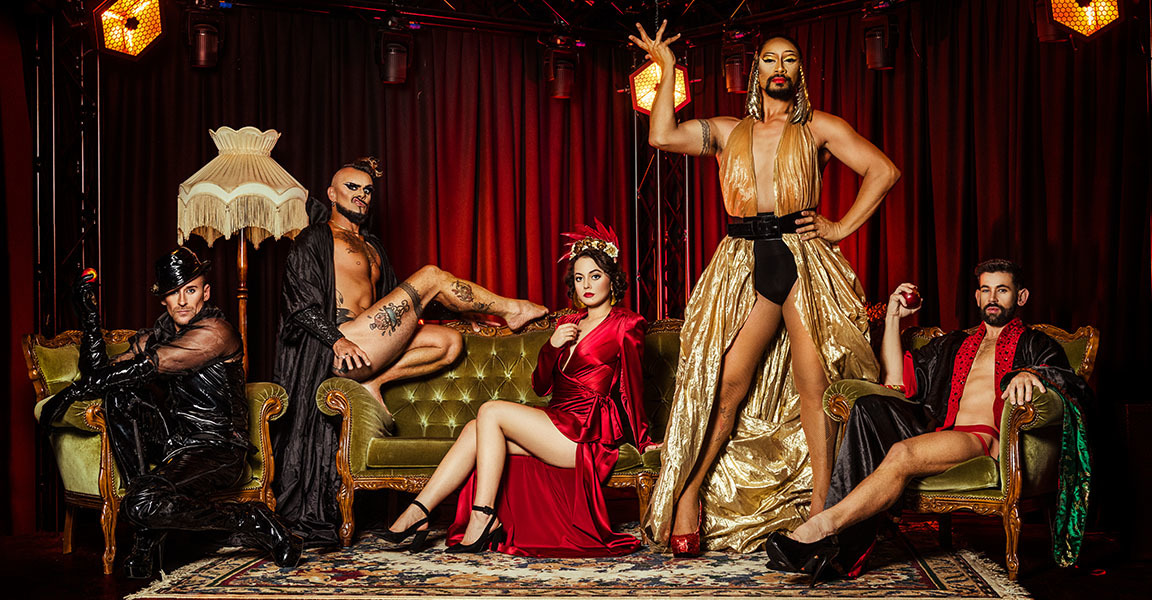 The 100+ Early Release shows are the first taster of what’s in store in the Fringe and we are so excited that you can now get your hands on them!

Check out the Early Release shows

FRINGE WORLD Friends get first dibs on Early Release shows, and everyone else can purchase them on 17 Nov.

The program is a bright spotlight on the amazing and huge talent we have here in WA, alongside some special interstate artists who are joining us in 2021.

At The Woodside Pleasure Garden the highlights include Deadset, the new show from YUCK Circus and the sultry cabaret ARCANA: The Order of the Divine.

At Girls School the ridiculously popular Briefs! boys will reveal their new show The Bite (pictured), Matt Hale brings his new comedy hypnotist show, Bonkers! and 4some of Awesome Take a Break return with their popular sideshow act that will leave you wanting more, but also wondering what on earth you just saw.

Fringe favourite Reuben Kaye is returning to Perth with two shows at The Rechabite and also in the City you can experience FREAKSHOW: An Interactive Murder Mystery at Connections Nightclub, The Incorrect Stand-Up Comedy Show at Cheeky Sparrow and The Ellington Jazz Club continues to present one of the strongest live music programs in the Festival.

Outside of the City, Freo.Social will have you rocking to The Rhythm Spectacular - The Music of Stevie Wonder, ANTIGONE Sophocles Adaptation by Jane Hille is at the Maali Mia Theatre, Subilicious return with a delightful range of theatre and family events through the Subiaco area and there’s even comedy as far afield as Kalamunda.

WA is the best place to be right now and FRINGE WORLD will be the most fun place to enjoy all that’s good about summertime in our sensational state.